Bollywood director Rohit Shetty will be now seen as a special guest on the forthcoming episode of the reality show India's Got Talent season 9. In a teaser for the episode shared on Instagram by Sony Entertainment Television, the filmmaker is seen appreciating the performance of contestants Divyansh and Manuraj. 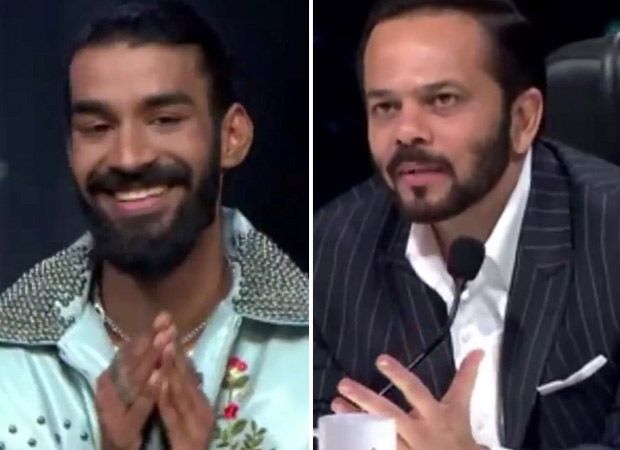 Rohit goes on to tell them he hasn't listened to the kind of music they create and then offers them a chance to make music for his upcoming film Cirkus which stars Ranveer Singh, Pooja Hegde and Jacqueline Fernandez. In the video, Rohit initially talks to the show's judge Badshah requesting him to work with the musician duo sometime in the future. Acknowledging Divyansh and Manuraj, he then adds, "You just recreated the Don background score. I have never heard this recreation of the Don soundtrack till today. I'll request the Sony TV team to give me this footage because I want to listen to this on loop when I'm driving."

Rohit later glances at the rapper Badshah and implores him, "Should I?" to which Badshah nods. Rohit then announces, "Right now, this very moment, we have decided something. My next film Cirkus has some songs which are being composed by Badshah. But the background, the theme of Cirkus is not ready yet. So Badshah, Divyansh, and Manuraj, you will create this theme." At this, the two contestants fold their hands thanking Rohit as the audience and other judges applauded.

Meanwhile, on the work front, Rohit Shetty is basking in the success of his multistarrer Sooryavanshi which starred Akshay Kumar, Katrina Kaif with Ranveer Singh and Ajay Devgn in cameos.

Also Read: SCOOP: Rohit Shetty looking to build his own empire like Yash Raj Studios in Mumbai or Gujarat