After her appearance on the much talked about episode of “Koffee With Karan’, Alia became the ‘Bhatt’ of many jokes and memes. In no time, she became an overnight ‘internet sensation’ for jokes and gags. She was not even spared at many award functions. The sport that she always is, Alia Bhatt herself cracked a few jokes on her and didn't mind the memes.

So this time round, we realised, why Alia Bhatt is super excited after hearing the news about Vodafone and Idea’s merger. Confused? Check out the meme below. 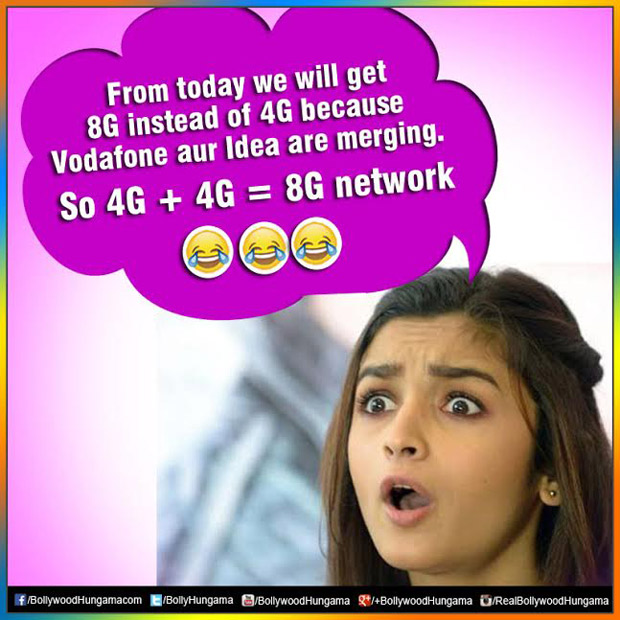