Riteish Deshmukh's humorous Instagram reels generally leave his fans in stitches. He is occasionally accompanied by his wife Genelia D’Souza, his children, and his dog. The actor has once again shared a new reel on his Instagram page, this time including both of his boys. After seeing this one, we're sure you won't be able to stop laughing. 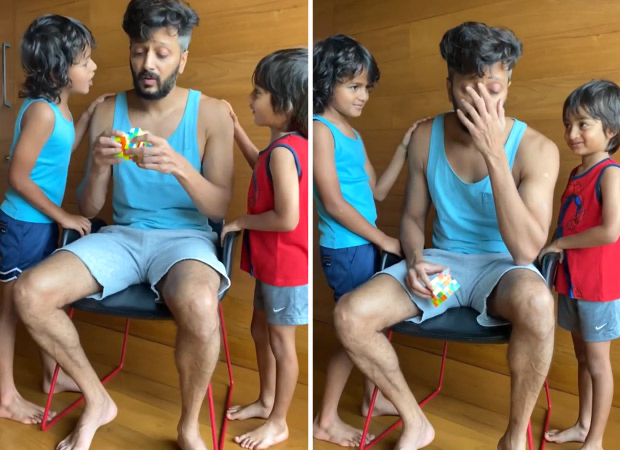 The video alludes to Genelia's driving abilities, and the Masti actor has outdone himself with the current reel. The reel opens with the sons of the actors standing near the window, peering out. Following that is footage of a car colliding with another car, followed by his sons shouting in Marathi, "Baba Aai Aali." (Dad! Mom has arrived!) When his sons tell him that "Mom took your car," Riteish, who is engrossed on his phone, is dismayed. In the background, a Shah Rukh Khan song from Om Shanti Om is playing.

The reel has gotten a lot of attention from actors. In the comments section, Shilpa Shetty, Remo Dsouza, Zareen rKhan, Suniel Shetty, and many more commented using laughing emojis.