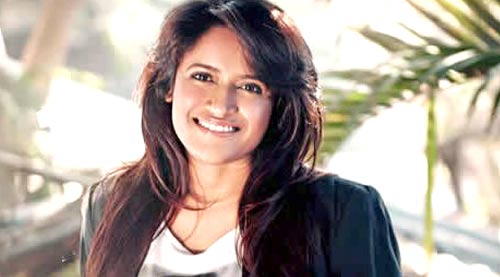 One has to accept the fact, that, in today's competitive world, Bollywood stars are almost next to nothing without their Public Relation (PRs) agents and vice versa. Gone are the days when these PRs would act as a bridge between the media and the stars. Today, the PRs not just take the responsibility of the social 'image' of the celebrity clients, but also are involved in the makeover of a star, their public appearances, their brand endorsements... to say the least. On a personal level, the PRs also double up as the celebrities' friend, philosopher, guide, confidante, advisor and many other things rolled into one.


One look at the PR world of Bollywood and you will see that there are dime a dozen companies who have opened shop, assuming this to be a 'fast buck' business. But, then, there are those companies as well, who really put their body, mind and soul into their work and take care of their celebrity clients more than they take care of themselves. For such people, their celebrity clients are as precious as a raindrop to the resident of deserts. Talking about 'raindrop', it also shares its name with 'Raindrop Media', India's Numero Uno Reputation Management Company to the biggest superstars in Bollywood, not to mention, 'Media Director' to some of the biggest Bollywood blockbusters. Raindrop Media, for starters, is one company which resonates with the feeling of confidence and positivity and warmth. One look at the career graph of this agency, what one sees is that the agency, in such a short time, has become a super power player to reckon with. In other words, it's the biggest name in 'Reputation Management' which is moving with the times and is taking the film industry along with it. The company was founded by the go-getter Rohini Iyer, who in this exclusive tete-a-tete speaks to us about the transformation of a 'raindrop' into a gigantic ocean!


When asked about the 'secret' behind the name 'Raindrop', Rohini, with her trademark smile, says, "The name came from the song 'Raindrops keep falling on my head' - one of my personal favorites. And the rest, as they say, is history". Often referred to as the 'futuristic entrepreneur', Rohini has left no stone unturned in making the company a name to reckon with in the ever-growing arena of 'Reputation Management'. No wonder then, her hard work started being recognized far and wide when she got featured in almost every powerful and influential entertainment /media companies in the country, which includes India Today's Power List, Hindustan Times' Young Turks list, Femina Power list (2013 and 2012), Verve Power list (2012, 2013 and 2014), Grazia-Reel Women, Hi Blitz! Power list and Film Street Journal and London Eastern Eye's Power Feature, taking on the Herculean task of ensuring a star gets the due he/she deserves!

When asked about her 'infant steps' into the world of PR and the reason what drove her in, Rohini, who started her career as a journalist, says, "Ever since I saw my first film, I have been obsessed with cinema and the love story continues. When I started off there was no method to the madness in the reputation management industry and that was something I aimed to change." Even though you know the 'stars', it becomes really difficult to convince them to submit, surrender and entrust you with their careers. But, for Rohini, who considers the stars as her family, says, "I've known most of them since they started their careers - It's been a great journey as we've both grown together." Like any startup company, Rohini too had her set of hurdles while starting Raindrop Media, but she really took everything in her stride, something which explains as to why she has no bad experience so far. Says she, "There has never been an annoying or difficult moment when it came to dealing with the stars honestly. Raindrop Media, as a company enjoys working with everyone. As a rule we sign people we enjoy working with."

Not every day is a sunny day for the PR industry. There could be times when their celebrity client/s may start trending, courtesy a negative story which screams from the glossy headlines. At such a situation, unlike any other 'PR-ofessional', Rohini, who in known to be someone who works best under pressure', says, "I thrive on crisis and deadlines; it gives me an adrenaline rush. I love fixing things and always follow my gut instinct; it's never let me down. While negative publicity inevitably makes headlines, we, at Raindrop, do not subscribe to the policy as negative publicity is short lived and superstars don't need it."


Raindrop Media today, is being touted a lucky mascot to the stars, as they are fast becoming a powerful force to contend with. Testimonials to the success of this agency are the outstanding client lists which includes the likes of Bollywood's creme de la creme like Hrithik Roshan, Priyanka Chopra, Kangna Ranaut, Abhishek Bachchan, Katrina Kaif, Kareena Kapoor Khan, John Abraham, Emraan Hashmi, Sonam Kapoor, Jacqueline Fernandez not to mention filmmakers Ekta Kapoor, Sanjay Leela Bhansali, Farah Khan, MohitSuri, Aanand L. Rai, Kunal Deshmukh and R. Balki to name a few. In the past, the company has worked with superstars like Salman Khan, Akshay Kumar, Ranbir Kapoor, Aishwarya Rai Bachchan, Vidya Balan, Saif Ali Khan and Shahid Kapoor among others.


Besides these celebrities, Raindrop has been also lent its 'Midas Touch' to star careers, from promoting Dabanng and 'Being Human', to working with Akshay Kumar on 14 back to back hits. Not just that, the company has been instrumental in profiling Ranbir Kapoor when his career took off. Raindrop is presently working with superstar Hrithik Roshan. It also has to its credit, the success sagas of Emraan Hashmi, John Abraham and even Abhishek Bachchan's entrepreneurial venture of 'Jaipur Pink Panthers', which later went onto win the mega prestigious Pro-Kabaddi League. Raindrop Media has also proved to be a one stop shop for low-budget-high content films like Vicky Donor, Kahaani, Tere Bin Laden, Aashiqui 2,Ragini MMS series, Shaitaan, LSD and Yaariyan to name a few.


Talking about the USP of her company, Rohini says, "We don't play by the rules, we don't subscribe to mediocrity. We take Reputation Management very seriously. Apart from this, we also have a division called 'Raindrop Alter Ego' - which I would say is our alter ego...the division looks after high in content -small in budget films that have done huge business at the Box Office. The division has done some great out-of-the-box promotions for films like Ragini MMS, LSD, Tere Bin Laden, Shaitaan to name a fewâ€¦We have 'Raindrop Anam Cara' our lifestyle division with a host of top fashion designers, photographers, painters and luxury brandsâ€¦a Regional Division to target small centers and remote corners of the country ,that looks at customizing a film's promotion keeping the target city and the locals in mind and Raindrop Digital that is you're one-stop-shop to everything related to the social networking. We are also planning a huge international collaboration and are looking to open a division in LA."


With a workforce of over 30 trained professionals in Mumbai itself, 'Raindrop Media', with specialized departments including Reputation Management, Content and Strategy, Regional,Media Buying,Marketing and Social Media is now all set to redefine the term 'PR' by giving a new dimension to the business. With so much going for 'Raindrop Media', it won't be wrong to say that the sky is the limit for the company, which today, has truly become a power player to contend with in the film industry.