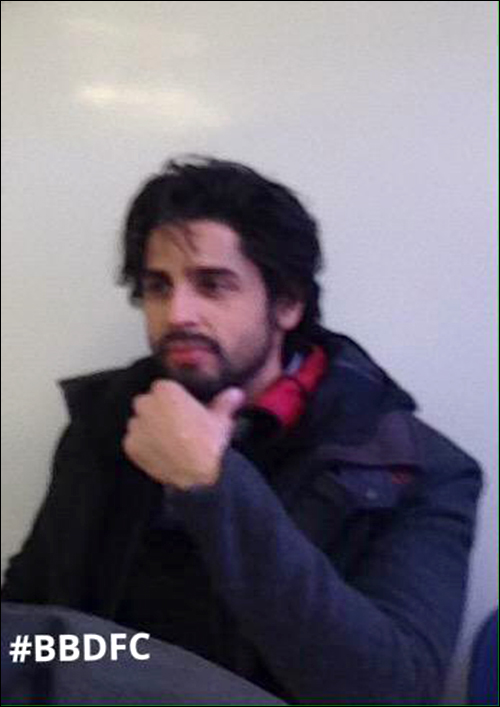 While it is a well-known fact that Sidharth Malhotra and the rest of the team of Baar Baar Dekho were recently in the UK wrapping up the first schedule of their film, a picture of the actor from their sets has gone viral.

Sidharth Malhotra, who is set to don different avatars in Baar Baar Dekho, will be seen in a bearded look for one of the sequences of the film. A hazy picture of the actor sporting a red shirt, black jacket and a beard was shared on the Twitter by the actor's fans. It is being said that Sidharth will be seen in the role of a professor, while Katrina Kaif will play an art gallery owner in the film. Though details of the film are being kept under wraps, it has been learnt that Baar Baar Dekho is a love story that spans different time periods.

Produced by Excel Entertainment in association with Dharma Productions and Eros International, Baar Baar Dekho is directed by Nitya Mehra.