Ever since the time Karan Johar announced the birth of his two children Yash and Roohi, he has not stopped smiling. With a friend and confidante like Shah Rukh Khan on one side and mother Hiroo Johar and his two children on the other, Karan Johar has got very little to complain about.

We all know the friendship Karan Johar shares with Shah Rukh Khan. But besides him, Karan also shares a close bond with Gauri Khan as well. Speaking of Gauri Khan, Karan Johar recently thanked her on the social media for having designed the baby nursery for Yash and Roohi. Karan Johar tweeted stating, “My baby nursery designed by @gaurikhan with so much love and care....its my paradise!!! Love you gauri....” 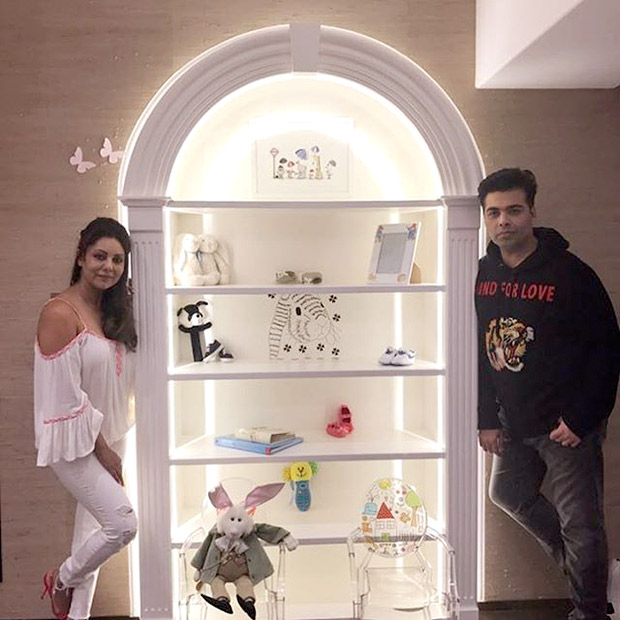 On the films’ front, while Karan Johar clarified on the social media that he was still writing his next film and that he would only cast for it when he was done writing the script. On the other hand, all eyes are glued on the release of the most eagerly awaited sequel of Baahubali, which has been titled Baahubali 2: The Conclusion. Karan Johar’s Dharma Productions is presenting the Hindi version of the film.

My baby nursery designed by @gaurikhan with so much love and care....its my paradise!!! Love you gauri.... pic.twitter.com/2AS6OWhBtw