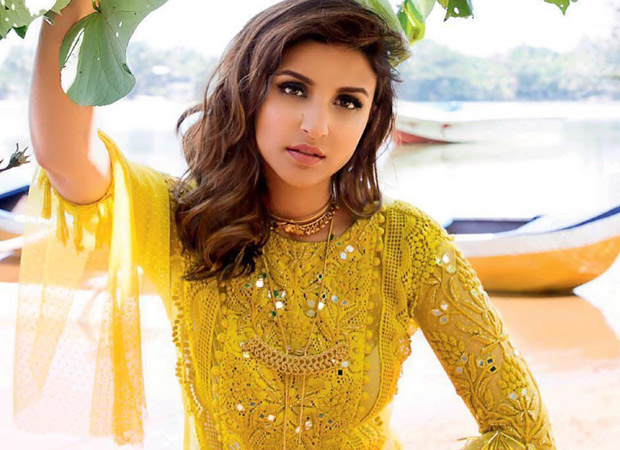 If there’s one person who is on seventh heaven these days, it has to be the multi-talented Parineeti Chopra. And she has all the reasons to be there. Firstly, this week sees the release of her much awaited Meri Pyaari Bindu, on the other hand, the very film also marks her debut as a mainstream commercial singer. Her track in the film ‘Maana Ke Hum Yaar Nahi’ has been carrying exceptional reports ever since the time it got released.

Speaking about songs, in a recent interview with Bollywood Hungama, the super talented Parineeti Chopra revealed as to her wish list in her mix tape. When she was asked about the list of songs which she wanted to have in her mix tape, pat came the reply, “Lag Jaa Gale’, ‘Abhi Naa Jaao’, ‘Ishaaron Ishaaron Mein’, Dekho Naa (from the Aamir Khan starrer Fanaah), Ishq Hua (from the Madhuri Dixit starrer Aaja Nach Le). Well, her wish for mix tape did not stop at that. The ‘bubblicious’ actress also added her western list as well! On that front, Parineeti Chopra revealed that, she wanted to have Mariah Carey’s ‘When You Believe’ and ‘Hero’, in addition to the famous band Coldplay’s ‘Up And Up’. By her own admission, Parineeti Chopra said that, a ‘mixed tape’ means songs that matter to oneself. Point taken, Miss Chopra!

Speaking of Meri Pyaari Bindu, besides Parineeti Chopra, there’s Ayushman Khurana playing the male lead. Directed by Akshay Roy, the film is all set to release this week.