Last Updated 27.01.2020 | 7:25 AM IST
feedback language
follow us on
Home » News » Bollywood Features News » Check out: Anurag Kashyap takes a metro for the first time with his father 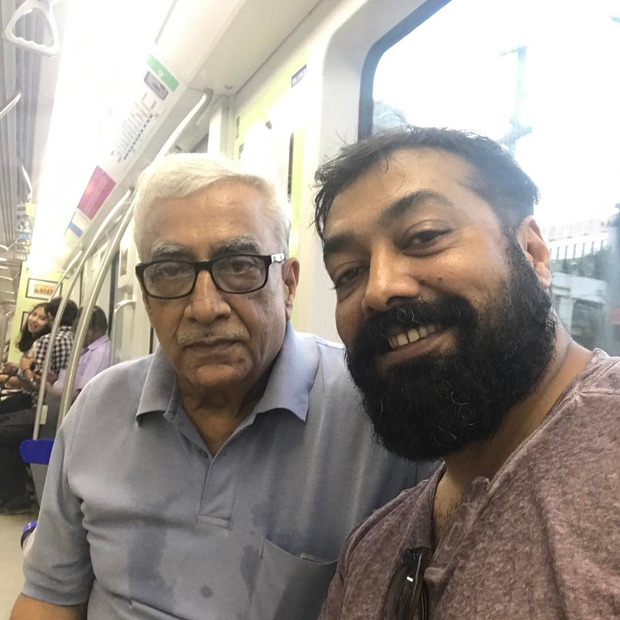 Bollywood celebrities are known to have a very lavish lifestyl. Living in India, they usually don’t get an opportunity to use the public transport as they get surrounded by massive fan following. In the past, many celebrities have take public transport like Salman Khan, Anil Kapoor, Shah Rukh Khan and more. Recently, Jacqueline Fernandez took an autorickshaw ride with her brother and friends.

Now, joining the bandwagon is none other than filmmaker Anurag Kashyap. The filmmaker recently took his first ride in Mumbai Metro along with his father. He shared a photograph with his father and captioned it as, “First time in mumbai metro with dad .. super cool ride.”