You've been off interview for quite some time now. What prompted you to stay away from interviews? I for one missed interviewing you?
Interviews mean being questioned by one and the need for an answer by the other! I have had nothing to say, so what is the need for an interview. Now, there is a film on release and protocol and obligations towards media and interviews are the need of the hour for promoting what we have created, for the audience. And so here I am, selfishly, presenting myself for questioning!! 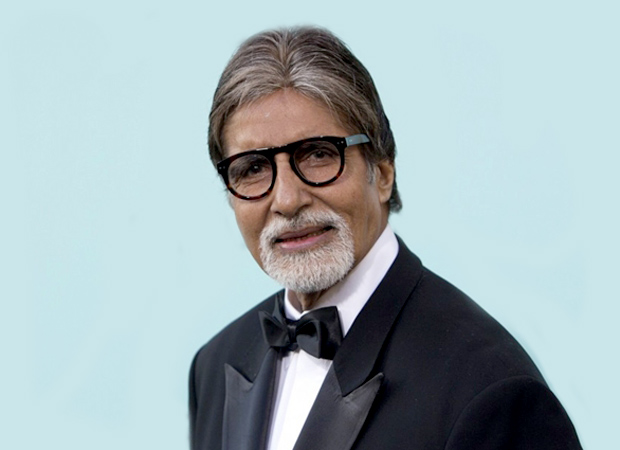 How has life been treating you during the past months? There were sporadic reports of ill health and injury. Has the body repaired and are you, as usual, infused with inspirational energy?
I have had some injuries during my work recently, which persist. These are related to some old action injuries of the past, catching up as the body ages. Treatments are on and to expect the body at this age to repair completely is wishful thinking. So one stumbles along.

102 Not Out is your new release. So tell us, what was it like playing a 100-plus man?
The script and character analysis that was narrated to me by the director Umesh Shukla and the writer Saumya Doshi, was to play a youthful 102. An attempt has been made!

I feel your beard and white hair makes you look uncannily like painter M F Hussain.
Never thought about that. But since you say so I shall go with it... अब मीडिया से कौन बहस करे!!

The film reunites you with Rishi Kapoor after decades. What was like shooting with him after all these years?
It was as glorious, as it was all those past years and the historic films we did together! It’s not like we were separated at birth and were meeting after 27 years!

102 Not Out addresses itself to the question of mortality and longevity. Did you have discussions these themes with the director and your co-star?
I do not possess the intellectualism to delve into such deep philosophies. But yes I do know that we are born to perish someday and how wonderful if we can live that life with the fulfilment the joys and the happiness that life brings!

I believe you are doing some audacious stunts in Thugs Of Hindostan. Aren't these risks not worth taking at the cost of your health and wellbeing?
They are audacious and they are a risk. But then, I could well slip on a banana peel and head to Thy Kingdom Come. So …we try to live up to the professional demands required of us and proceed subsequently with adequate precaution.

Shweta has turned into a novelist. Your comments on that?
I am a very proud Father and am delighted that the legacy of my Father continues!

Jacqueline Fernandez shares selfies with her…