One of my favourite directors, and why just me, everybody’s favourite Basu Chatterjee is gone. Basuda once told me he didn’t make films to change the world. I agree. This prolific cartoonist turned director made films that were so lifelike they looked like documentaries. 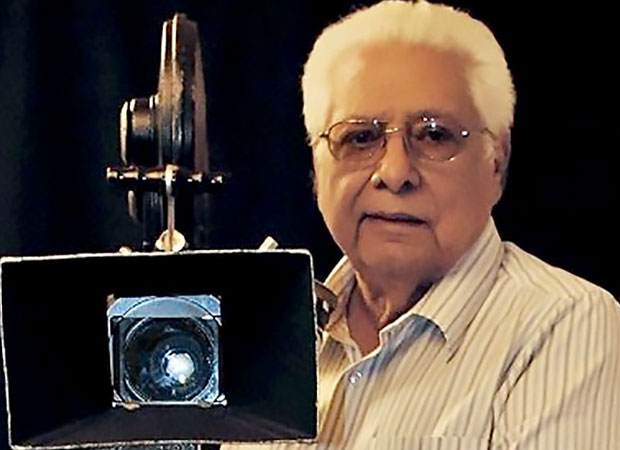 Zarina Wahab who was the lead in Basuda’s finest film Chit Chor recalls an incident, “I was supposed to walk up to Dina Pathakji and say something to him. Basuda said, ‘Just keep sitting where you are. Turn your head and speak to her.’ I was like, ‘Haaainn?!” But when I saw the scene later I realized what he was doing. Basuda always wanted to capture life as it is. No drama. No singing unless the character was a singer like Amol in Chit Chor. His films capture life as it is. Chitchor was a ball to shoot. We were all in Mahabaleshwar for three months shooting for the film. Me, Amol, Vijayendra Ghatge, Dina Pathaji and Rajoo Shrestha who played my best buddy. Those were three of the happiest months of my life.”

Zarina recalls Basuda as a very quiet man. “He hardly spoke. But what a fabulous sense of humour he had! He gave off the aura of being casual. But he was anything but casual. I remember I was very new when we did Chit Chor and Basuda very strictly instructed me to use no makeup. He hated artifice of any kind. He wanted me to be just the way I am. But I wanted to look glamorous. So I would sneak some lipstick on my face. Basuda would slowly put in his glasses and scrutinize me.I’d be caught out like child with her hand in the cookie jar.”

Zarina recalls the beginning of a new friendship during Chit Chor. “Amol Palekar and I hit it off from the word go. To this day , he is the only leading man with whom I’m in touch. Why didn’t we do more films with Basuda? Oh , but we did. Amol and I did a film with Basuda called Savera Hua. It was never released. We also did a guest appearance in Basuda’s Jeena Yahan. I wish I met him before he passed away. I can’t even go to his house to pay my respects because of this Coronavirus,”

Hema Malini who along with her mother, produced one of Basuda’s best films Swami recalls, “He hardly spoke, but he had a sense of humour. And that showed in his films. But the films he did with me were very serious. There was Ratna Deep with Girsh Karnad and me and there was Dillagi with Dharamji and I. Dharamji and I also made a guest appearance in Basuji’s Choti Si Baat. We sang the number 'Jaan-e-Mann jaan-e-mann tere do nayan'. I don’t remember much about Basuji except that like me, he hardly spoke on the sets.

In my conversation with Basuda he minced no words while decrying the dog-eat-dog world of show biz.

Basuda said to me, “When I made Rajniganda with Vidya Sinha, Amol Palekar and Dinesh Thakur everyone thought it would come and go. But it did surprisingly well. Chotisi Baat was among my most successful films. I had to repeat my Amol Palekar-Vidya Sinha pair from Rajnigandha. Everyone got swayed by the success of Rajnigandha. You’d be surprised know that Rajshri Productions for whom I made a lot of films, used to discourage me from working with Amol Palekar. After Rajnigandha and Chotisi Baat they insisted I sign him for Chit Chor.”

Basuda remembered how unhappy producer B R Chopra was with Chotisi Baat. “When the dubbing for Chotisi Baat was going on, Mr and Mrs Chopra saw the film in their own theatre. They were thoroughly disheartened. Mr Chopra said he couldn’t afford a flop. He advised me to add the character of the love guru played by Ashok Kumar. It was inspired by the film School For Scoundrels. After the film released Mr Chopra sent me a telegram admitting he was wrong in his misgivings about the film. That was rather magnanimous of him….I worked with Ashok Kumar for the first time in Chotisi Baat. We then went on to work together in many films. He was a very intelligent actor, and a closet-director. He used to tell me, ‘You’re one of the best directors I’ve came across.’ Our most popular film together was Shaukeen.”

Also Read: Director and screenwriter Basu Chatterjee passes away at 93