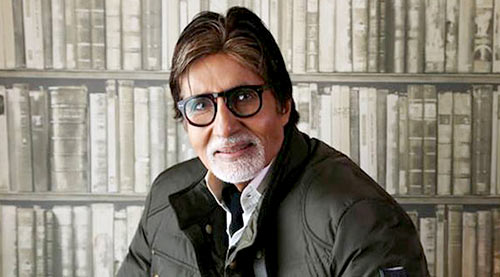 Today he is regarded as one of the stalwarts of Indian cinema. Over the years, Amitabh Bachchan, who has been celebrated for his deep baritone voice, has developed a persona and reputation of being the most respected and adored star in Bollywood. However, despite his numerous releases which mostly get positive reviews, not forgetting his ever increasing fan base, none of the films featuring this megastar Amitabh Bachchan have ever made it to the Rs. 100 crore mark.

In an age where a film's success is not measured by the duration of time for which it actually runs in theatres but instead by its overall collections, we take a look at some of the reasons why films featuring Amitabh Bachchan have never made it to this much coveted club.

Character actor instead of hero:

Though Amitabh Bachchan has been one of the biggest stars Bollywood has ever seen, currently he doesn't get classified as the quintessential Bollywood hero. In fact, he is mostly seen in character roles. Well, this is exactly what trade analyst Amod Mehra says about Bachchan, "Currently if you see the films Amitabh Bachchan has done, you will notice that he is playing a character and not a hero's role. Even for instance Shamitabh that recently released, Bachchan is again playing the character."

The concept of evaluating a film's success has changed considerably over time. Gone are the days when a film's success was measured by the number of weeks it ran for in the theatres. Echoing a similar concept Amod Mehra adds, "Earlier we used to look at films running in theatres and completing silver and golden jubilees, and they were considered super hits. Today we see a film last for a couple of weeks and then there are new ones to replace it, hence we look at box-office collections. Now in case of Amitabh Bachchan, in his hey days, his films used to run for weeks, but then collections at that time were relatively low as compared to today's rates."

Dawn of the lead hero:

Today we see films that are driven by a larger than life character in the form of the main lead who is basically the destroyer of evil aka the Hero. Here Amod Mehra yet again points out how Bachchan lost out on this phase to enter the club saying, "When Bachchan played the main hero in a film, the time was such that a film worked if it ran for weeks, unlike today when a film collects massive sums and is declared a hit. Now for Bachchan to play a lead hero today will be rather out of place as the audience themselves will have a tough time relating to him playing such roles."

Mehra may be right in saying that Amitabh Bachchan, in his decades long career spanning over 200 films, has had many hits over the years, but due to the changing times and never ceasing age clock, Bachchan has been relegated to playing character roles. However, despite his performances being worth a 100 crores, his films have missed entering the Rs. 100 crore club.