Actress Raveena Tandon is celebrating her birthday. Marking her day, the actress shared the first look of her character from the upcoming movie KGF: Chapter 2 which stars Yash and Sanjay Dutt. 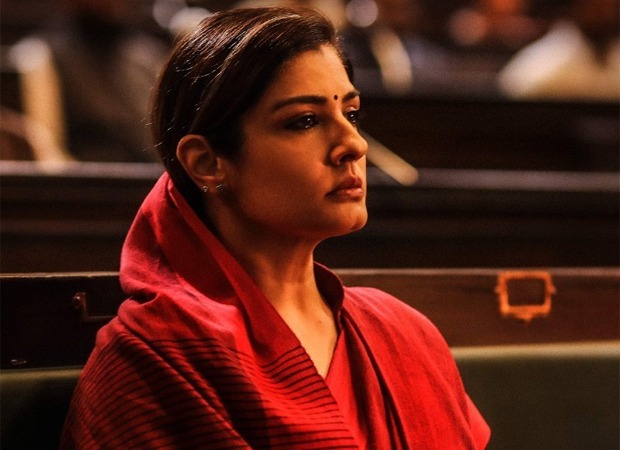 Raveena Tandon introduced her character on Monday and wrote, “THE gavel to brutality!!! Presenting #RamikaSen from #KGFChapter2. Thanks KGF team for the gift.” Dressed in a red saree, Raveena is seen with moist eyes.

Earlier, Bollywood Hungama had reported, "The character of Prime Minister Ramika Sen was shown in the very first scene of K.G.F – Chapter 1 but her face was kept hidden. The year is 1981 and Ramika Sen (whose character seems inspired by the then Prime Minister Indira Gandhi) is seen telling officials that the protagonist is the biggest criminal in India and akin to a ‘rakshas’. She then calls the army to destroy him and for that, she signs a death warrant. This is the reason why Prashant brought the death warrant bit in his post."