You definitely remember Ranveer putting himself on 'hire' as an entertainer, this marriage season. No one can quite beat him at it, and it came to us as no surprise that he bagged the Entertainer of the Year award at this year's Star Screen Awards, apart from also bagging the Best Actor in a Leading Role, for Gully Boy. A great night, wasn't it? 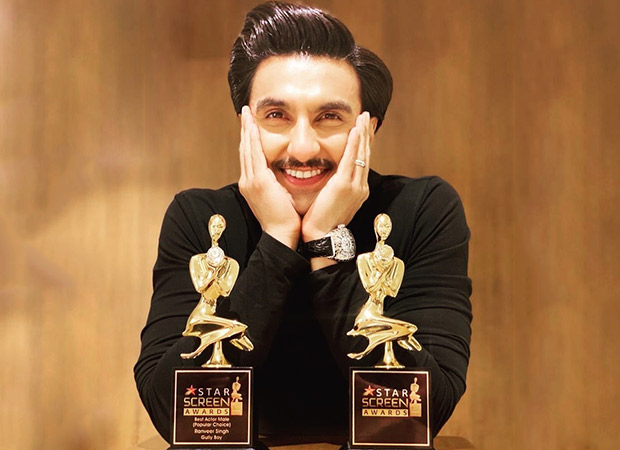 The excitement of winning an award is never old. The actor himself can't get enough of his double win. He took to Instagram to share a photo wherein he poses with both his awards.  "Gosh! Double Whammy!
‘Best Actor in a Leading Role’ for #GullyBoy & ‘Entertainer of the Year’ at the #StarScreenAwards," Ranveer wrote. Apart from his fans, friends from the industry including Gully Boy director Zoya Akhtar drooped wishes in the comments section. Check out the post below!

Ranveer will be next seen in Kabir Khan's '83 while Alia is working on father Mahesh Bhatt's Sadak 2.