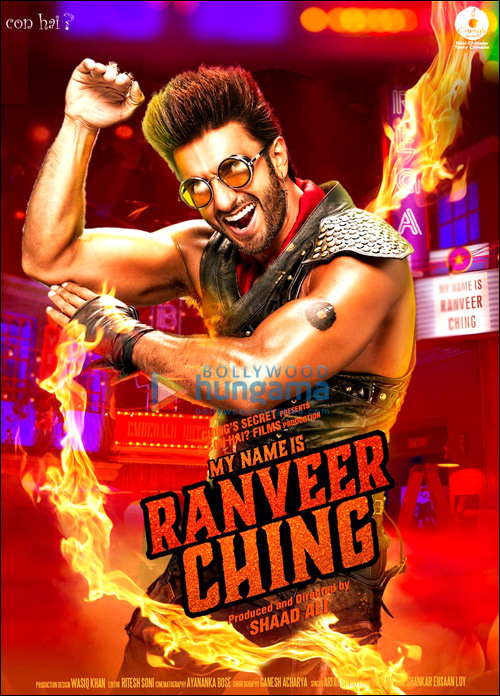 By now, we all know that Ranveer Singh is indeed one of Bollywood's all rounder, who can easily squeeze himself into any avatar. He is someone who likes to break the norm and make his own path, something that sets him apart from the rest of his contemporaries, something that makes the filmmakers and brand managers sign him again and again. One such brand that has signed him up recently is the famous noodles 'Ching's Secret', for which he has been signed up as the brand ambassador. Ranveer Singh even transformed himself into 'Ranveer Ching' for the brand's TVC.


Directed by Shaad Ali with music composed by Shankar-Ehsaan-Loy and lyrics by Gulzar, this high-energy video has been choreographed by Ganesh Acharya, who has also devised a signature 'Ching's move'. While the song has been sung by Arijit Singh, Ranveer Singh has also belted out the 'Manchow Rap' in his own inimitable style adding the Schezwani zing to the chartbuster. Not only that, he has also penned the lyrics for the rap.


Speaking exclusively to Bollywood Hungama, Ranveer Singh said, "When 'Ching's Secret's team approached me with their brief, we immediately thought of a music video to be the best medium to reach out to one and all, something that will get noticed in a clutter and bring an instant smile on your face. We then teamed up with director Shaad Ali, Shankar Ehsaan Loy (for music) and Gulzar saab (for lyrics). I was in a state of shock when they said that they wanted me to rap on the song which had lyrics penned by none other than Gulzar saab himself! For 'Ching's Secret', the words for the rap song struck me when I was on the elevator! The rap of the song goes like this:


Adds Ranveer Singh, "Despite his hectic schedules, choreographer Ganesh Acharya accommodated our requests and shot double shifts with us. All of us had a whale of a time performing on the track! One of the major credits of the song goes to Nitasha Gaurav, who got me to wear the obnoxiously crazy outfits, in order to do full justice to 'Ranveer Ching' look! You have to see the outfits to believe what I am saying."


Speaking about Ranveer Singh's association with their brand, Ajay Gupta (MD- Capital Foods), said, "A hatke brand like Ching's needs an equally hatke brand ambassador. Ranveer Singh, being the hottest and most hatke star of his generation, is a perfect brand fit. As a brand aimed at today's youth and young housewives, we felt Ranveer was the ideal youth icon who had pan-Indian appeal across all age groups."