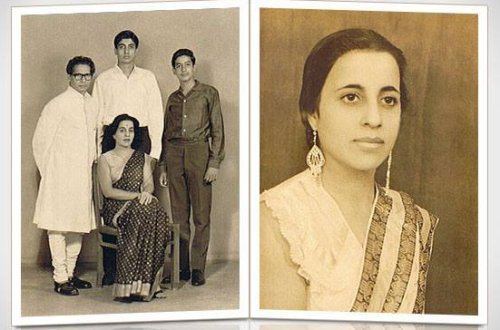 Amitabh Bachchan is a name that is respected, admired and even worshipped in the world of Bollywood. Though he is one of the living legends of this industry, the superstar always manages to interact with his fans, may it be in person or through social networking sites. While Amitabh Bachchan reveals about his upcoming ventures and progress on his current work, the actor also doesn't refrain from sharing some personal memories.


Recently, Amitabh Bachchan was reminiscing about his mother and shared one of his fondest memories of her on his Facebook Wall. Along with posting a picture, he wrote, "My Mother Tej Kaur Suri, before marriage, was just 3 months old when her Mother passed away. She never did ever experience the joy and care and the most important company of a Mother. She never knew what a Mother was! Is that in some way indicative of how dear a Mother she herself became, when we were born? I often wonder, as does my Father in his autobiography!"


Amitabh Bachchan is currently working on the ongoing tele-series 'Yudh' along with shooting for R. Balki's Shamitabh starring Dhanush and Akshara Haasan. He will soon start shooting for Shoojit Sircar's Piku which also stars Deepika Padukone and Irrfan Khan.