Rani Mukerji is not very high on parties or socialising but she does make rare appearances for her close friends and family members on their special days. She celebrated her mother in law Pamela Chopra's birthday in STYLE and if the picture is anything to go by, she had a wonderful time! So Yash Raj Films’ head honcho Aditya Chopra's mom Pamela Chopra turned 70 and that called for a massive celebration in the family. Rani made the occasion special for Pam Aunty, as she is indulgently known in the industry, and her bestie Vaibhavi Merchant shared selfie on the internet. The girls sure had fun. Merchant captioned it as, “Fun night.. Happy 70th Birthday Pam Aunty..wishing you laughter, happiness & health #supernight#celebration #love #girlgang.” Elusive as usual, Adi Chopra did not pose for the camera. Check out Rani's picture below! 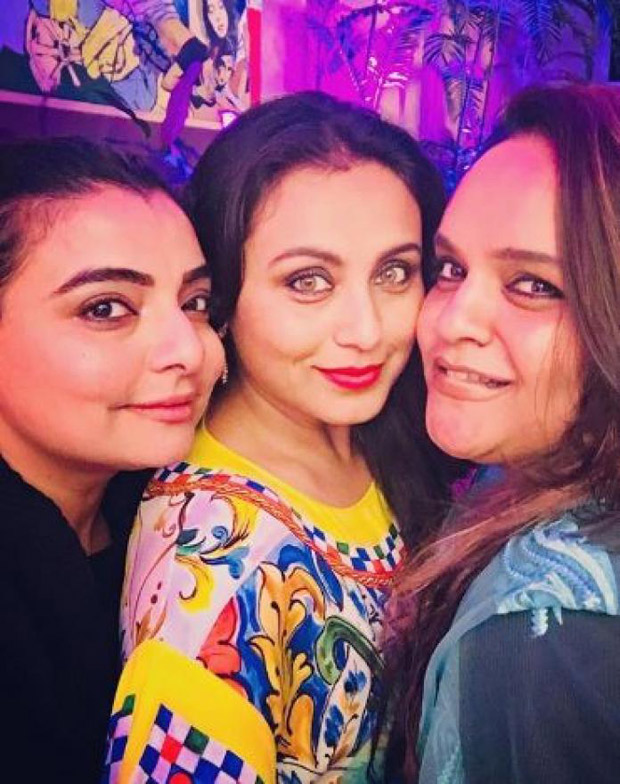 On professional front, Rani's last film was Hichki and it was recieved reasonably well by masses. She will be seen in a new film soon but has not revealed anything about the project yet. She said that she won't take long to appear in a film from now on. When she is not shooting, she is a hands on mommy to her baby Adira.

Also Read: Rani Mukerji starrer Hichki to be screened at the Indian Film Festival of Melbourne

Star Plus all set to enthrall viewers with…