Rani Mukerji made a comeback into Bollywood films, post her motherhood with Hichki. And the film was one of the most unconventional works by the actress. Playing the role of a teacher suffering from Tourette syndrome, the film tackles with many issues from poverty to disabilities. The film, which garnered rave reviews in the country, is now going places and its next destination is Melbourne. 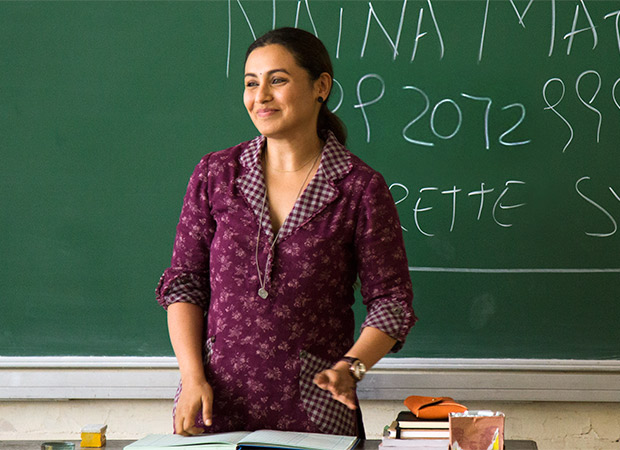 Hichki is all set to be screened at the Indian Film Festival of Melbourne that will be held between August 10 to 22. Based on the theme of Inclusion, the festival will see the presence of many Bollywood stars not in just jury but also as guests who will be attending it in Melbourne.  Furthermore, we hear that Rani is also contending during the festival as one of the nominees in the Best Actress Category for Hichki along with actresses like Vidya Balan for Tumhari Sulu, Deepika Padukone for Padmaavat, Alia Bhatt for Raazi, Zaira Wasim for Secret Superstar and other Indian actresses.

Speaking of this special honour, filmmaker Siddharth P. Malhotra maintained that such films that have inspiring and motivating messages are very impactful. Considering that the theme is Inclusion, the filmmaker is impressed with the fact that the subject of his film is able to resonate with the theme of the festival. He also maintained about how filmmakers should opt for such heart-touching stories often that can take this theme further.

Coming back to the festival, we hear that Indian Film Festival of Melbourne will have filmmaker-producer Nikhhil Advani alongside Simi Garewal, Sue Maslin, Jill Bilcock, Andrew Anastaisos and Geoffrey Wright as a part of the jury.

Hichki, which is said to be adapted from the American film Front Of The Class, is produced under Yash Raj Films by Rani’s husband Aditya Chopra. The film released on March 23.