Rakul Preet Singh, who will soon be seen in the role of a doctor in the upcoming medical campus comedy-drama Doctor G starring Ayushmann Khurrana, treated fans with a special behind-the-scenes video that takes us to the sets of the film. The video features Rakul prepping to play the role of Dr. Fatima Siddiqui. Be it her excitement of playing a doctor's character on the screen to her experience of holding a newborn baby, the video captures all of her fun moments from the sets of the film. 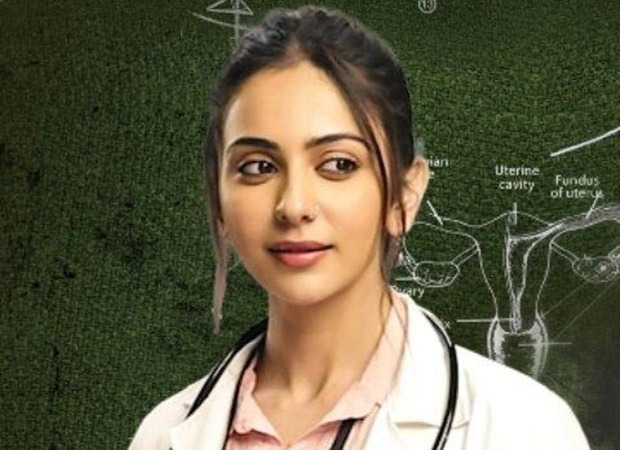 Rakul Preet Singh shares the BTS video of Doctor G; confesses that she never held a new born baby in the video

A source close to the film said, “After having seen Ayushmann Khurrana in a fun-filled journey of a hopeful orthopedic who turns gynecologist and the struggles he faces being the only male doctor in a class full of women, in the trailer, the audience is very excited to watch more of this campus comedy-drama. While raising the anticipation of the film, the makers are here with the BTS video of the film that captures the lead cast Rakul Preet Singh and her time on the sets while playing her character of Dr. Fatima Siddiqui.”

The actress took to social media to share the video and described her character in the caption saying, “A little bit of sass A pinch of innocence Dher sara fun & Doctory, Ta-da! yeh lo ban gayi Dr.Fatima Siddiqui? Here’s the behind-the-scenes from the sets of #DoctorG #DoctorGTrailer Out Now, In Cinemas on 14th October 2022”. Coming to the video, the actress seems to be having a great time on the sets. She also went on to say, "From day one, when I first heard the narration to signing the film, to doing the readings, it’s been very special." In fact, she also had a first-time life experience of holding a newborn baby. Confessing it, she added, "I have never held such a newborn baby”.

Written by Sumit Saxena, Saurabh Bharat, Vishal Wagh, and Anubhuti Kashyap, Doctor G stars Shefali Shah in a pivotal role along with Ayushmann Khurrana and Rakul Preet Singh. It is set to release in theatres on October 14.

Also Read: Doctor G trailer out: Ayushmann Khurrana starrer situational-comedy leaves you in splits with struggles of a male gynaecologist