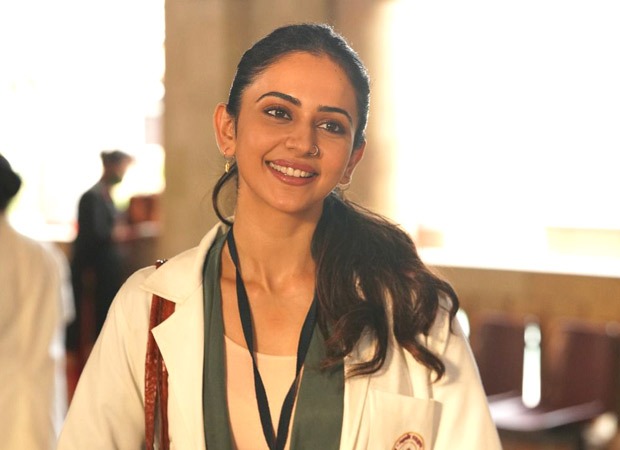 To essay an author-backed role and play the rooted character of Doctor Fatima, Rakul had to learn medical terminology and also nuances of some important surgical procedures for this family entertainer, directed by Anubhuti Kashyap. In order to make everything related to the medical world appear authentic on-screen, the makers had arranged for experts to conduct special sessions with the cast – Rakul, Ayushmann and Shefali and train them as part of their characters prep.

From the writing stage itself, director Anubhuti was very clear about the authentic portrayal of the medical profession in the movie. The idea was that the actors get comfortable with the medical situations and handling of surgical equipment while performing.

Rakul says, “Shooting for ‘Doctor G’ has turned out to be an interesting experience. Since I play a doctor, the mannerisms and actions needed to be precise. It was mandatory to learn important things related to the medical world to make it look real on-screen. The journey of becoming Doctor Fatima was an amazing process which I will cherish forever.”

"We wanted Fatima to look authentic. We did multiple look tests to get her to look right. The idea was for her to look as close to real as possible and bring out the endearing quality of her character. By just wearing the doctor’s coat, you suddenly get a sense of responsibility even though I was only playing a character. While treating patients for scenes, one truly understands how much responsibility doctors have on their shoulders and how difficult their life is," she adds.

Directed by Anubhuti Kashyap, ‘Doctor G’ is a campus comedy-drama, co-written by her, Sumit Saxena, Vishal Wagh, and Saurabh Bharat. The makers have wrapped up an extensive shoot schedule in Prayagraj recently and the film will be completed by the end of this month. We haven’t seen many films bringing a perspective like that to the mainstream cinema but with Ayushmann and Rakul playing their respective roles of doctors, the wait for Doctor G is surely going to be worth it.