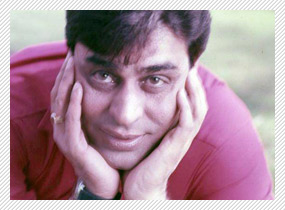 He was the iconic Jubilee Star, that lucky mascot who gave a plethora of Silver and Golden Jubilee hits in a row from 1957 for almost 15 years. Rajendra Kumar, real name Rajinder Tuli, was born on July 20, 85 years ago, to a wealthy family that lost all in Partition, when they went first to Delhi as refugees.

He passed away on July 12, 1999 in Mumbai as one of the wealthiest men in the Hindi film industry, a man who had never splurged his income but had invested wisely, just like he had invested in his relationships with the film fraternity.

But we would like to highlight a side not talked about of this actor - how Rajendra Kumar encouraged, introduced, was responsible for the big breaks of, or otherwise mentored so many new talents. This is besides the fact that he was also lucky for some others.

It was in 1995 that current hotshot Himesh Reshammiya made his debut as composer, producer and story writer with the serial Andaz. He approached the actor for a major role, which marked Kumar's only foray with television. With this very successful show, the composer made his overall debut and later produced and composed for more serials before making a solid mark in films.

Another eminent name whose first film starred the actor was the late director Yash Chopra, and Dhool Ka Phool (1959) set him on the road to glory that ended only in 2012!

Saawan Kumar was associated mainly with flops till Rajendra Kumar, then past his starry peak, agreed to star in his emotional drama, Saajan Bina Suhagan (1978). With this jubilee hit, Saawan Kumar took off in a big way.

Kumar was also lucky for Feroz Khan, who was stuck in the B-grade film circuit till he was cast in Arzoo, filmed by Kumar's favourite Ramanand Sagar, in a parallel role. Even earlier, Kumar had tried to help Khan, who was cast in Ek Sapera Ek Lutera (1965), with which Kumar's brother Naresh Kumar was launched by Rajendra Kumar as producer-director with a banner named after Kumar's daughter - Dimple Films.

R.D. Burman was another composer for whom the star proved very lucky. When Kumar helped nephew Ramesh Behl set up his own banner, Rose Movies, in 1970 by producing The Train, the film took the composer to the forefront, which had never happened even with earlier masterly scores like Teesri Manzil, Padosan or Baharon Ke Sapne!

Rose Movies' next film, Jawani Diwani, also presented (read ghost-produced) by Rajendra Kumar, starred Randhir Kapoor, eldest son of Kumar's bosom buddy and colleague Raj Kapoor. The film set the young Kapoor on a success trail, as till then both Raj Kapoor's Kal Aaj Aur Kal and the outside film Jeet had flopped.

Says Rajendra Kumar's son Kumar Gaurav, who also became a sensational teenage heartthrob with Kumar's official debut as producer, Love Story in 1981, "I was officially billed as co-producer of The Train. Ramesh used to stay with us from the age of 14. My father also had seen a lot of potential in Rajesh Khanna and had signed him even before he became big after Aradhana. And in Love Story, dad introduced Rahul Rawail, his one-time boss and mentor H.S. Rawail's son as a director, besides my heroine Vijayeta Pandit. My father wanted a fresh voice for me and Pancham brought in Amit Kumar for all my songs, and he got a major break."

H.S. Rawail was one of Kumar's earliest benefactors, as the actor had assisted the filmmaker in five films, and it is said that Kumar did not really want to become an actor. However, destiny took the actor to stardom, and so when Rawail faced a lean phase in the early '60s, the ever-helpful now-top-star Kumar revived his fortunes by putting together the film and acting in Mere Mehboob, a golden jubilee blockbuster.

Kumar Gaurav remembers that the late actor-filmmaker-writer O.P. Ralhan and his father first met as co-strugglers who shared a rental place. "Ralhan - saab is my mama (maternal uncle), mom's brother. My father helped set him up as a producer with Gehra Daag and earlier as an actor in Pyar Ka Sagar."

It is said that it was the late star who also recommended Dharmendra for the rugged career-defining role in Ralhan's Phool Aur Patthar, notwithstanding heroine Meena Kumari's fascination for the brawny young man. The younger actor has acknowledged this too.

On record, Manoj Kumar also stated Rajendra Kumar "was the quintessential good man who never played politics and was like an elder brother to many newcomers. He provided them food, help, advice as well as a lot of moral strength." Kumar even stood surety for the first cars of Manoj Kumar and Dharmendra! And it was in Rawail's Kanch Ki Gudiya that Manoj got his break as a hero, on Kumar's recommendation.

"I don't think my father looked on them as competitors," feels Gaurav. "He was very sympathetic to fellow victims of Partition, like Manoj - ji, and was always supportive of new talent. Wherever and whenever he could help anyone, he did."

Two major beneficiaries of Kumar's generosity were filmmakers J. Om Prakash (who had earlier made an anonymous flop named Farmaish and is now also known as Hrithik Roshan's maternal grandfather) and director Mohan Kumar, both of whom got their break in Aas Ka Panchhi starring Kumar.

Rakesh Roshan, Hrithik's father, too got his acting break in Ghar Ghar Ki Kahani at the recommendation of Kumar, who had worked earlier with the film's director T. Prakash Rao, in Sasural and Humrahi.

Another of Kumar's spectacular triumphs was the second and very successful run of Ajit, who had lost steam by the mid-'60s as a leading man. Suraj was being made and Kumar persuaded Ajit to do the villain's role in the film, setting him off on a zooming and long new career with highs like Zanjeer, Yaadon Ki Baraat and Kalicharan and his now cult lines like "Mona darling!"

David Dhawan, later to become the kingpin of comedy, and now also known as Varun Dhawan's dad, also started off under Kumar. "David - ji was the in-house editor at our Dimple Studios, and Saawan Kumar - ji got him to edit Saajan Bina Suhagan," says Gaurav. "Later, dad also got him to edit our own films like Love Story and Naam, and David - ji later directed Jurrat for us."

In the mid-'80s, Gaurav recalls his father buying the Mumbai distribution rights of the silent Kamal Haasan film Pushpak. "That inspired him to give a Hindi break to its director, Singheetam Srinivasa Rao, who made Phool for us," he notes.

Mahesh Bhatt, inundated with commercial flops and some average offbeat cinema like Arth and Saaransh, took off only after directing Kumar's Naam (1986), which incidentally also kick-started the slumbering film career of Pankaj Udhas with the milestone success of the song 'Chitthi aayi hai'.

This film, incidentally, launched Salim Khan as independent writer after his split with Javed Akhtar, and remains his only solo hit as writer.

During the making of this film, Salman Khan, then a model and a wannabe actor, got to interact with Kumar Gaurav, who even lent him clothes and sometimes his car, a fact often mentioned by the Dabangg super-star. This, he has admitted, is one of his inspirations to help others and encourage newcomers using his starry clout, and was a trait that had originated from the senior Kumar. "It's very sweet of him to have said that," says Gaurav.

And so we have the connection between the Jubilee Star of yesterday and today's Numero Uno hero. Rajendra Kumar was clearly the inspiration for Salman Khan in more ways than one.

History does repeat itself.