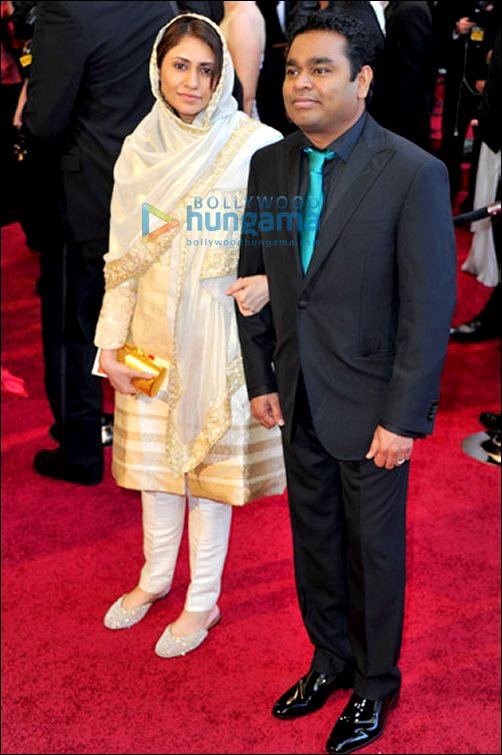 Around the sane time, two years ago, music maestro A.R.Rahman was the talk of the town for becoming the first Indian music composer to bag two Academy Awards for his outstanding score in Danny Boyle's Slumdog Millionaire. This year too, Rahman had two nominations for Best Original Song- 'If I Rise' and Best Original Music Score for Danny Boyle's 127 Hours.

Indians all over the world waited eagerly to find out if the Mozart of Madras would once again bring home the Oscars. Sadly it was not to be as Rahman lost out in both the categories. While the Best Original Score went to the talented duo of Trent Reznor and Atticus Ross for their pulsating score in The Social Network, Rahman lost out to veteran Randy Newman in the Best Original Song category. Randy won the award for his touching number 'We Belong Together' from the animated feature Toy Story 3.

Nevertheless, Rahman is not one to sulk on such occasion. After mesmerizing one and all with his fabulous live performance on the Oscar stage, the Music Maestro once again displayed his humility when he openly showed his appreciation and respect for the legendary Randy Newman. In his official Facebook page, Rahman shared an interesting anecdote which read, "My son Ameen and me saw Toy Story 3 a couple of months back. When the Academy Award nominations for songs came in, he said he wanted Toy Story's song to win... Well... It came so naturally from him. At the same time, Randy Newman's son Amos Newman, who is my manager in the US, wanted 'If I Rise' to win because he was passionately behind the production, organizing the whole thing. A couple of days back, I asked Amos, "Is blood thicker than bread?" He had a confusing smile!"

Rahman adds, "Last night, Ameen got what he wanted :-) Twenty nominations and a charming personality... Randy Newman deserved it..."

Rahman may have lost at the Oscars but he truly has won a lot of hearts with this gesture of his. Surely some of our B-town stars, who sulk at not winning awards, need to take a leaf out of Rahman's book and learn to be a sport and celebrate their fellow nominee's success.