Though it is a watchable psychological thriller, Michael Winterbottom’s The Wedding Guest has proven to be a fairly disastrous international debut for the exceptionally talented Radhika Apte. As a matter of fact, watching the film I wondered why she agreed to do it. She clearly has a subservient role to play vis-à-vis Dev Patel who co-produces this agreeable but scarcely memorable drama about a mercenary assassin who is hired to kidnap a Pakistani bride virtually from her wedding venue, by her Indian boyfriend (Jim Sarbh, wasted) in England. 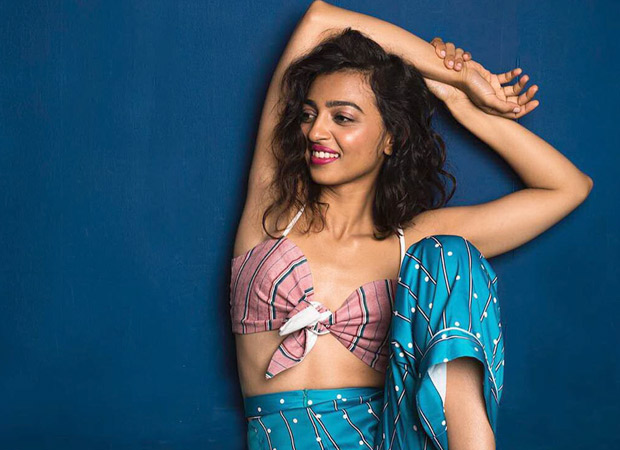 Interesting and provocative premise, and a thoroughly miscast Dev Patel(who looks as much like an assassin as Daniel Craig would as an Indian immigrant in Britain) brings down the narrative’s tension. Radhika is just fine as the runaway bride. There is an inherent sense of danger and doom surrounding her character and she serves the character’s purpose effectively, even doing a steamy love-making scene (now viral on the Internet, so much for plucking relevancy out of context) with Patel where she exposes more than just her talent. A lot more.

As the first Indian actress to go nude in a foreign language film (no, make that the second actress, Simi Garewal had flashed more than her grin in Conrad Rooks’ Siddharth aeons ago) one would like to commend Ms Apte for being so comfortable in her skin. But the effort is unnecessary, and worse, irrelevant as the love-making sequence could have been just effective without the nudity.

The Wedding Guest is not the British director Michael Winterbottom’s first India-based love story. In 2011 he had cast India’s Freida Pinto (what happened to her???) and the British-Pakistani Riz Ahmed in Trishna an adaptation of the Thomas Hardy literary classic Tess Of d’Uberville which sank without trace.

The Wedding Guest seems headed for a similar catastrophe.

But it’s good to see Asian actors being cast in lead roles in a bunch of recent films: Dev Patel and Radhika Apte in The Wedding Guest, Himesh Patel in Danny Boyle’s Yesterday which opened in India this week, Pakistani-American stand-up comedian Kunal Nanjiani in Stuber which opens worldwide next week …Wonder why Priyanka Chopra is missing out on the neo-renaissance in global cinema.