Disha Patani is running a hectic schedule with 3 films in her kitty with shooting back to back. Currently, the actress had been shooting for a song with Prabhu Deva for her upcoming film Radhe and she has wrapped the shoot of the first song. The actress took to her social media to share a picture captioning, "Post Song shoot be like #Radhe". 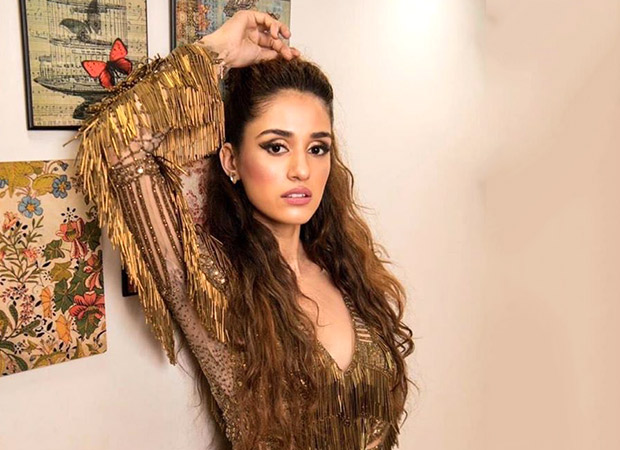 A couple of days ago, Disha had shared a picture while she was rehashing for the song with Bruised knees, shooting with Prabhu Deva be like. The audience is already looking forward to watching the pairing as Prabh Deva is a fantastic choreographer and Disha, on the other hand, is an amazing dancer and proof of it has been seen many times on the big screen. The choreography of the song is quite difficult with lots of steps sitting on the knees and of course super high on energy. Disha has been treating her fans with glimpses of behind the scenes from the sets.

Disha is treating herself with a delicious cheese pizza and a chocolate donut to satisfy her sweet tooth. The actress was off carbohydrates and was following a certain diet as she was shooting. Radhe marks the second collaboration of Disha Patani and Salman Khan. Earlier this year, Disha and Salman for the first time shared the screen space together in Bharat where Salman was seen romancing the actress. The audience had loved the on-screen chemistry of the actors and it was much appreciated.

On the work front, Disha Patani will be seen in Malang and Ekta Kapoor's next KTina after this latest and big announcement Radhe.