Actor R Madhavan has turned director and writer with his upcoming film Rocketry: The Nambi effect. The movie narrates the tale of scientist Nambi Narayanan who was accused of espionage in 1994 and arrested for the same. The charges against him were dismissed by the CBI in 1996 and the Supreme Court declared him not guilty in 1998. In 2019, he was awarded India's highest civilian award, the Padma Bhushan. 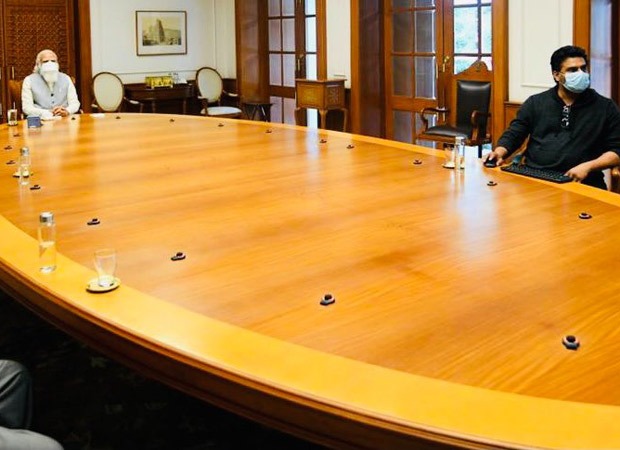 R Madhavan who essays the role of Nambi Narayanan in the film released the trailer of the film a couple of days ago and has got audiences excited for the film that will be released this summer. The multilingual film will take us through the life of ISRO scientist Nambi Narayanan and how he was falsely accused of espionage and how it impacted his life.

On Monday, R Madhavan revealed that he and Narayanan had met with Prime Minister Narendra Modi and discussed the film where he was shown certain clips from the film. Madhavan revealed that Modi expressed concern for the wrong done to Narayanan. “A few weeks ago, @NambiNOfficial and I had the honour of calling on PM @narendramodi. We spoke on the upcoming film #Rocketrythefilm and were touched and honored by PM's reaction to the clips and concern for Nambi ji & the wrong done to him. Thank you for the privilege sir,” wrote Madhavan sharing a picture with his and Nambi Narayanan’s meet with PM Modi.

ALSO READ: “It seems to have taken over our lives,” says Madhavan talking about Covid