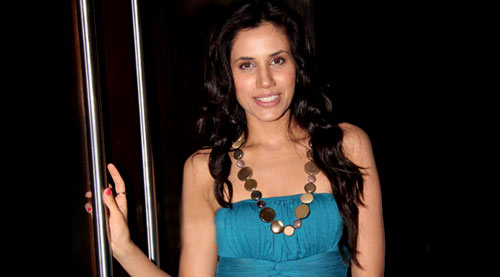 It has indeed been a 'double dhamaka' Friday for Sonnalli Seygall. Four years after making a good debut with Pyaar Ka Punchnama, she is now being seen in both new releases of the week - Pyaar Ka Punchnama 2 and Wedding Pullav. While in former she goes on to play a confused girl who is unsure about how to pursue with the love of her life, in the latter she enacts the part of a sweet and simple girl who is worried if the love of her life would indeed stick to her. With a role reversal of sorts in both the films, she is getting some good all-around feedback, hence making a wait of four years' worth it.

"I am happy," says Sonnalli, "One is a hit franchise and a sequel I can call my own. Another has been shot so well and has me in a different kind of part. Now if both have released on the same day, I can't sit and crib. It is a happy feeling. It is a symbol from God that all is well."

Still, considering the fact that she is being seen on the big screen after a hiatus, won't she have preferred her two releases to be a little more spaced out so that she has continued visibility.

"You know, actually a lot of people said to me that these two films should have been spaced out. Honestly when people say these things then they become too technical and business like for me. Ye sab mere sar ke upar se nikal jaata hai. I am too new to be thinking on these matters. These are only my second and third films. At this point whatever is coming my way, I am going to grab them with no complaints."

Her Pyaar Ka Punchnama 2 has opened to a very good response at the Box Office and with good word of mouth and reviews coming in it is already en-route being a solid Hit.

"I am glad that is happening," she gleams, "Pyaar Ka Punchnama is a hit franchise and I am so happy that Luv (Ranjan) sir kept me in mind. Otherwise how many girls get to feature in a sequel?"

She adds with a laugh, "Coming from a director who apparently hates girl, it is a great role that I have got. It is an exciting feeling."

Another director she is happy to have worked with is Binod Pradhan. Though the film is not making any impression commercially, Sonnalli has been noticed for her well balanced performance.

"Binod is so good; he makes his heroines look fabulous on screen. Yes, I have a role in Wedding Pullav though basically this is Anushka's film as she is being launched. She is a friend and I am glad to have done it with her," smiles Sonnalli.