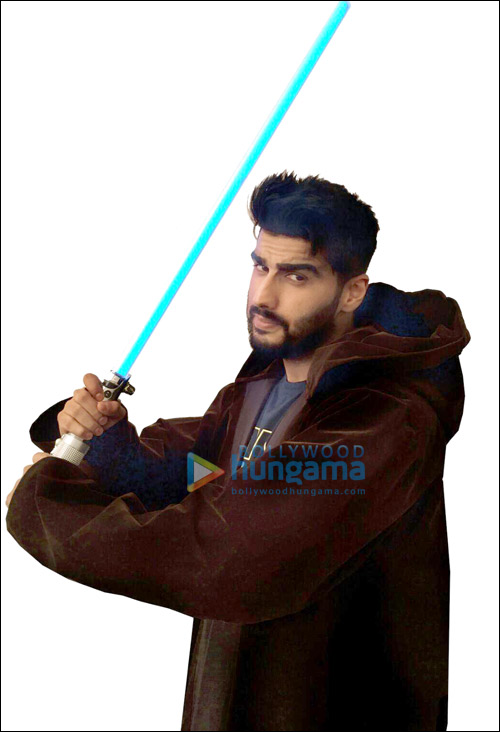 There is a gizmo freak hidden inside the ruggedly handsome Arjun Kapoor and when he realized that the release of the new installment of Star Wars is nearing, he did not miss chance to get hold of the merchandise. In fact, the actor is one of the first to get his hands on Lightsaber.

The iconic Lightsabers are an integral part of the film and it will be launched in India for the first time for sale in select stores across the country. The saber launch will be followed by the Star Wars Lightsaber Challenge, which is an interesting consumer activation that will give the Indian fans a chance to experience the star wars aura and master the Jedi moves. Post this fun and interactive training, the fans will then be awarded with a Jedi Honor Certificate and goodies. Looks like, Arjun Kapoor is already eyeing on the other goodies of Star Wars considering his love for the series.

On the Bollywood front, the actor is busy shooting for R. Balki's Ki and Ka with Kareena Kapoor Khan.