Priyanka Chopra got married to the ‘Love of her Life’ Nick Jonas and made headlines with her whirlwind romance and subsequent wedding. PC and Nick opted for a rather royal wedding in Udaipur and it made headlines all over the world! Priyanka has been doing a bunch of interviews with America’s top shows, No Big Deal, but she has revealed a great lot about her whole journey: From meeting Nick to actually marrying. 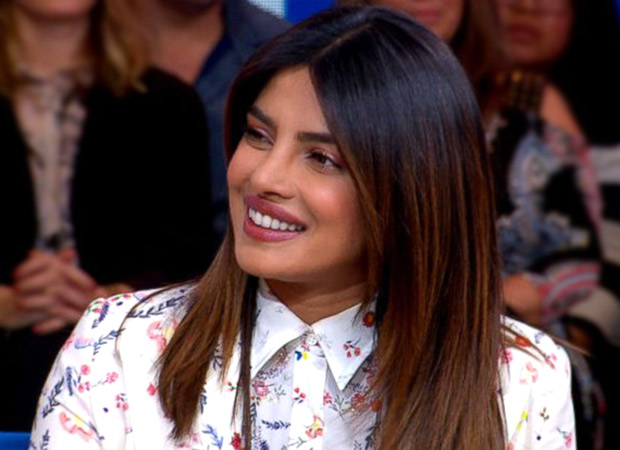 On Good Morning America she said that she got a little anxiety before marrying Nick in front of 200 odd people. She also felt she got jittery and panicked when the veil was placed on her head, music played and she had to go. She said on the show, “Right before I was supposed to walk down the aisle -- I remember them putting the veil on me. The veil was like 75 feet -- I was like, 'I’m going to strain my neck muscles like the mother of dragons. But I had a freak-out moment when I was standing right behind the curtains and they were going to tell me when to walk out and the music was going to start playing.” She continued, “I just started having a panic attack and then the doors opened and I saw him. And I cannot forget that moment.” Now, Isn’t That Romantic? It truly is.

She also told Jimmy Fallon in another show that she wanted to add on Jonas to her name because now, she is a part of his life. Priyanka will be seen in The Sky Is Pink next in Bollywood.

Also Read: Not Priyanka Chopra, there’s someone else who is very possessive of Nick Jonas