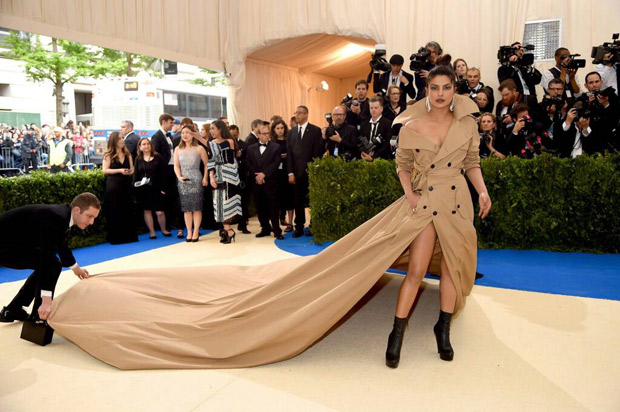 This time around, the much celebrated MET Gala in the U.S gained prominence not just for international celebrities but also because of B-Townies who retained the glamour quotient at the red carpet along with other global icons. Priyanka Chopra, who has now become an international star, attended the MET Gala and the fashion police can’t stop gushing about the same.

Making a grand entrance and keeping up with the theme of paying a tribute to Japanese designer Rei Kawakubo, Priyanka Chopra appeared at the MET Gala in the world’s largest trench coat. Sporting a Ralph Lauren detective trench coat with a thigh high slit and a massive train, Priyanka looked elegant in a high bun, danglers and black boots. 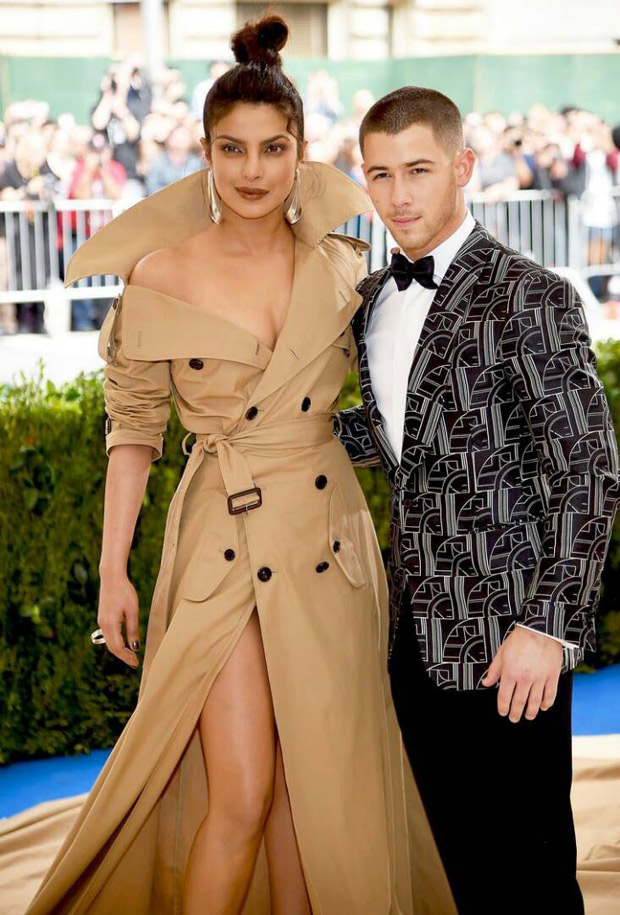 The actress also took the opportunity to pose with American musician Nick Jonas as the paparazzi continued to click pictures of her on the red carpet.

While on one hand the fashion police went gaga over her stylish appearance, it wasn’t too long before Priyanka Chopra became a victim of online trolls owing to the massive train in her outfit. From joking about her being part of Prime Minister Narendra Modi’s cleanliness drive to many other memes, the actress continues to get trolled on social media.

Priyanka Chopra will soon kick start the promotions of Baywatch in which she plays the role of the antagonist, Victoria Leeds and it also stars Dwayne Johnson and Zac Efron in lead roles.