By now, readers would be aware that the story of Bharat spans through the lifetime of one individual. So every character, including the protagonist, are portrayed in various stages of their lives. So along with Salman Khan, certain other characters in the film including that of Priyanka Chopra will be seen in different looks. 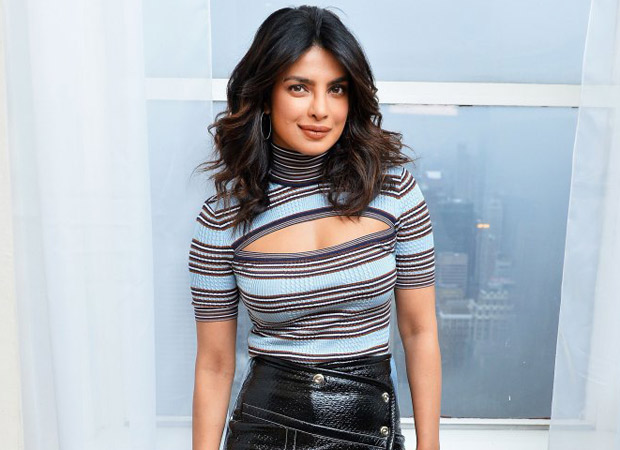 And if recent reports are to be believed, Priyanka Chopra will be sporting five different looks in Salman Khan starrer Bharat. Ali Abbas Zafar had earlier revealed that the film will start 1947 to 2010. Keeping that in mind, the different looks of Priyanka will be designed. Furthermore, it is also being said that her character’s looks will be inspired by yesteryear actresses.

From Zeenat Aman to Parveen Babi to Sharmila Tagore to Shabana Azmi, Priyanka Chopra will be donning several looks of actress until 2010. For her different looks, Ali will be making use of prosthetics, VFX, and make-up for her varied avatars. The actress is expected to age from 28 years to 60 years.

On the other hand, Salman Khan will age from 25 to 65 years. The makers will, however, use the age-reducing technique (it was used for Brad Pitt in The Curious Case of Benjamin Button) to portray his avatars.

Let us remind you that Priyanka Chopra will be reuniting with Salman Khan after over a decade. The actress in the past have been paired with Salman in few films like Salaam-E-Ishq, Mujhse Shaadi Karogi and the last being God Tussi Great Ho in 2008, a decade back.

Being a remake of the Korean drama Ode To My Father, Bharat is expected to take off next month. The film is expected to be wrapped up in the next six months to make it in time for Eid release next year. Produced by Atul Agnihotri, the film also stars comedian turned actor Sunil Grover and Disha Patani. While Sunil plays Salman's friend, Disha will be seen as a trapeze artist at circus.