Last Updated 25.10.2021 | 10:00 PM IST
feedback language
follow us on
Bollywood Hungama » News » Bollywood Features News » Priyanka Chopra just REVEALED that she is married to Game Of Thrones family and here’s what she had to say!

Ever since she has tied the knot with Nick Jonas, Priyanka Chopra Jonas has been in news for many reasons! From her red carpet appearances to her philanthropic work to her endorsements, the actress has been making heads turn on more than one occasion. This time around she was asked about the Game Of Thrones member in her family – sister-in-law Sophie Turner who recently married Joe Jonas. When Priyanka was asked if she is a fan of the show, the actress admitted that she is indeed a fan and that she watches it along with her family. 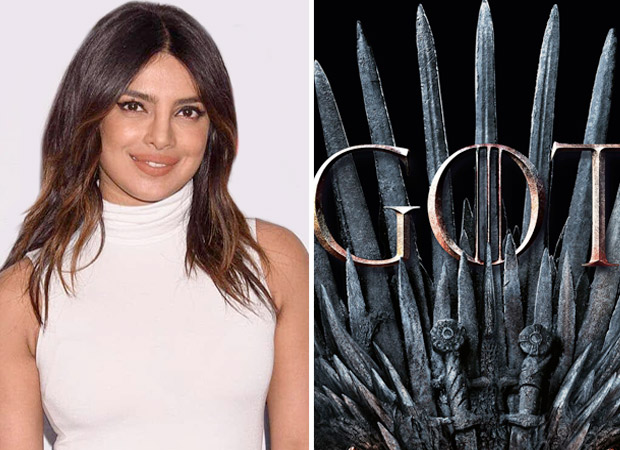 Priyanka Chopra recently attended an event after she became the brand face of Obagi Skincare. She is currently campaigning for their Skinclusion initiative which aims at making products for all kinds of skin types. During the event, Priyanka was obviously asked about the Game Of Thrones family member Sophie Turner who plays Sansa Stark in the series and the actress’ love for the series. “I think I am married to the Game Of Thrones family,” replied Priyanka.

Further when she was asked if she watches it with her entire family, she responded, “We do actually whenever we are in town in together. The last episode, I wasn’t in town, but I think everyone in the family got together and watched the episode. My husband is a huge huge fan! I think Sophie is so amazing in the show that we have to keep watching it and it just gets you. So ya I love Game Of Thrones. I am so sad that is over though!” The video of the same has started doing rounds on social media as fans of the actress are going gaga over it. Here’s a glimpse of it: