We all know the great camaraderie that Tabu shares with Ajay Devgn. The two of them have been popular co-stars in the 90s and share a friendship for decades together. And after they reunited on screen a couple of years ago, the collaboration since then has continued with the latest one being Akiv Ali’s De De Pyaar De which also stars Rakul Preet Singh. Being in the midst of its promotions, the two of them made an appearance in one of the episodes of the music reality show Sa Re Ga Ma Pa Li’l Champs. With the mood of music setting in, the judges wanted to see the superstar Devgn take the mic when Tabu came to his rescue! 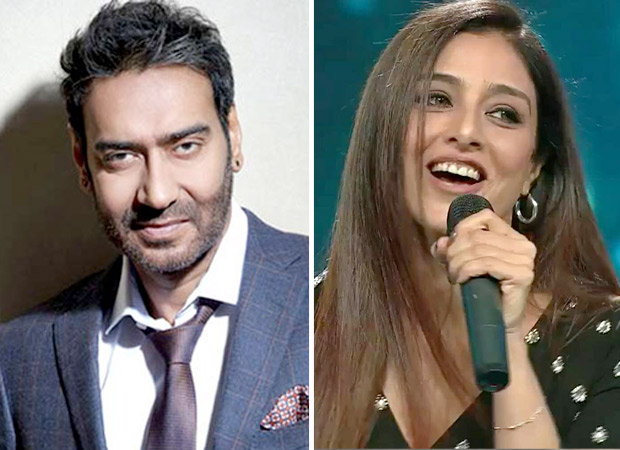 It seems that judges Amaal Malik, Shaan and Richa Sharma, of Sa Re Ga Ma Pa Li’l Champs were quite keen on seeing Ajay Devgn sing. We hear that the three of them were requesting the Golmaal star to sing when he was the one to point out that his De De Pyaar De co-star Tabu is a way better singer than him and that people would rather hear her than him. He further spoke about his singing skills wherein he went on reveal that he is not just a bad singer but such a bad singer that he doesn’t even sing in the bathroom.

Ajay Devgn also made a reference to his role in Hum Dil De Chuke Sanam wherein he plays the role of a lawyer. Readers may be aware that Ajay is asked to sing a scene. Referring to the same, Ajay mentioned that he agreed to do the role only because it featured him in the role of a bad singer.

On the other hand, reports have it that Tabu decided to play buffer for the actor and took over the mic like a veteran. She sang chartbusters ‘O Saathi Re’ from Omkara and ‘Paani Da Rang’ from Vicky Donor giving everyone a glimpse of her penchant for singing!