After staying away from husband Nick Jonas for almost three weeks, Priyanka Chopra Jonas has finally returned back home and this time, she wasn’t alone! She was in India for the past three weeks for her professional commitments and was busy shooting for The White Tiger with Rajkummar Rao. While she’s a workaholic, she also knows how to party and managed to attend a star-studded bash. 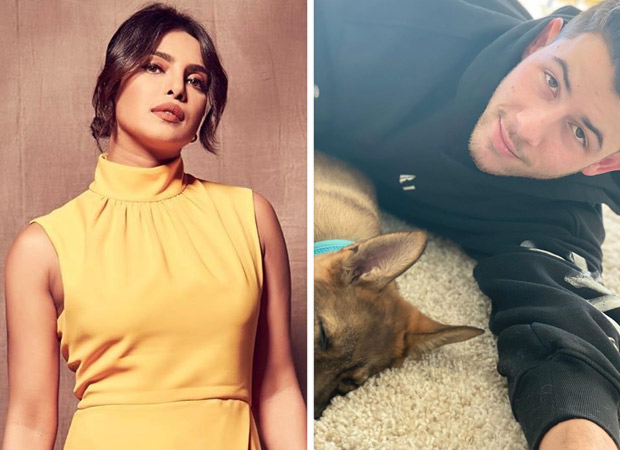 Now that PC is in the US, she made sure to give an early anniversary present to her bae, Nick Jonas. She surprised him with a German shepherd pup and the couple has named him Gino. Priyanka already has a dog named Diana and she’s just as fancy as her. Priyanka shared a few pictures and videos and we’re already in love with Gino! Take a look at the pictures.

Back with my boys.. ????welcome home @ginothegerman .. we still love you mostest @diariesofdiana ????❤️???? @nickjonas

so much cute in the same frame. ????????❤ happy almost anniversary baby. #repost @nickjonas • Pri came home with the absolute best surprise this morning. Please meet our new pup @ginothegerman I haven’t stopped smiling since I woke up this morning and finally realized what was going on. Thank you @priyankachopra ❤️ ????

After surprising him, Priyanka Chopra Jonas headed for the Jonas Brothers’ concert and enjoyed it to bits!