The glitz and glamour of Bollywood are well recognised. But there is also hard labour involved with celebrity and splendour. Celebrities work tirelessly for months to create a movie. Therefore, their vacation is also king-size when they decide to take a break. Celebrities seldom get a moment of solitude or serenity due to Bollywood's enormous fan base. Many of them start the day with large crowds of people outside their homes and end it with them. How do they get out of the throngs? with vacation homes for which few people are aware of the address. The well recognised actor Priyanka Chopra is always working on new projects, but she still finds time to take a break and post glimpses of her vacation life on social media and provide us with significant sartorial inspiration on a regular basis. Priyanka Chopra enjoys spending time by the pool, and she takes the chance to show off her best swimwear. Whether it's a one-piece in a vivid colour or a pair of mixing and matching bikinis, you can rely on Chopra to look stunning in the water. 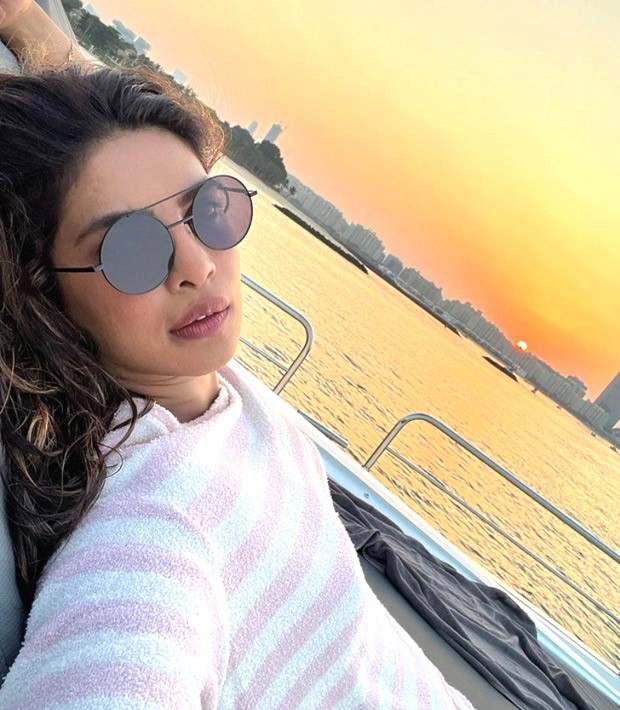 Priyanka Chopra gives a glimpse of her ideal weekend in a yellow swimsuit; includes jet skiing, sipping wine, and sunbathing in the Dubai

Any location can become glamorous with Priyanka Chopra. She spent this past weekend relaxing on a yacht in Dubai. The actress basked in the sun, sipped great wine, and went jet skiing with friends while glowing in a yellow swim suit. Priyanka's enjoyable weekend vacation has us feeling really cheerful! In the first image, Priyanka is stunningly seen laying on the yacht's deck while donning a yellow swim suit. In the following image, she is seated on the yacht's deck holding a drink while sporting a pink dress with horizontal stripes. Additionally, Priyanka Chopra shared several videos in which she can be seen jet skiing in the waters outside Dubai. Other videos take us on a virtual tour of some well-known Dubai structures. Priyanka also posed in front of a vibrant wall while donning an animal print coordinated outfit for an excursion. In another image, she could be seen holding a white bird while looking lovely in white. She poses aboard the yacht with a friend in the final picture. In the last photo, she poses with a friend on the yacht. she wrote on Instagram, "Weekend vibes, " along with two heart eyes emoji. 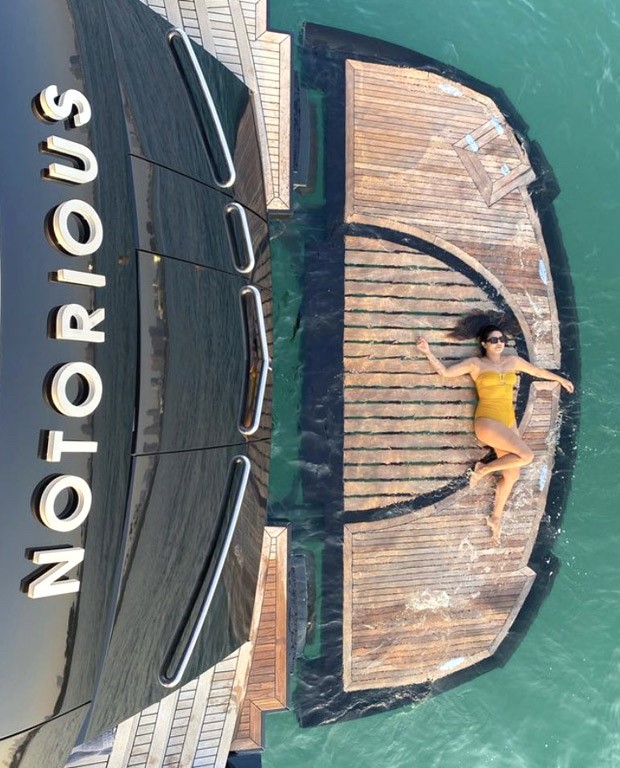 The star is going through an eventful phase on the work front. The Desi Girl was last seen in The Matrix Resurrections (2021), starring Keanu Reeves. She is working on the romantic drama It's All Coming Back to Me, written and directed by James C Strouse. It is likely to be released in 2023. She will also be seen in Jee Le Zaraa with Katrina Kaif and Alia Bhatt. She will also be seen in American romantic comedy drama Love Again.

Also Read: Priyanka Chopra looks like a glamorous queen in a dazzling beige gown as she attends the Red Sea International Film Festival in Saudi Arabia