Last Updated 28.09.2021 | 11:09 PM IST
feedback language
follow us on
Bollywood Hungama » News » Bollywood Features News » Priyanka Chopra FINALLY opens up about DATING Nick Jonas; reveals they are getting to know each other

The romance between Priyanka Chopra and her Hollywood pop sensation beau Nick Jonas is heating up. The couple, who were spotted together in May, have been pretty public about their rumoured relationship without even confirming that they are indeed together. After several date nights and lunches in New York and LA, Nick Jonas spent quality time in India with Priyanka during their weeklong trip. Post that, they have been to Brazil together and even spent the most important American holiday of the year, 4th of July with Nick and his entire family and friends. While Nick is yet to open up about his whirlwind romance, Priyanka Chopra recently spoke to two international tabloids and talked about Nick. 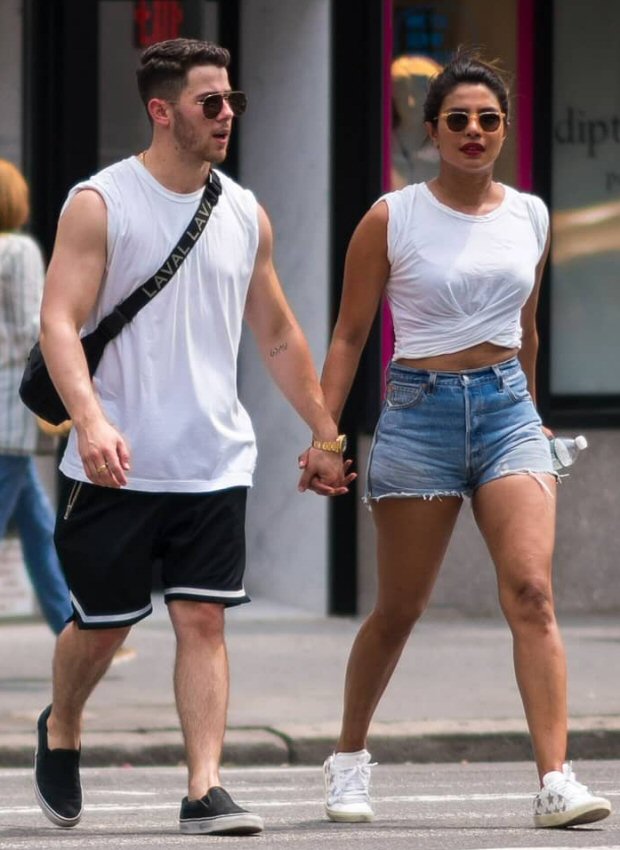 Priyanka Chopra recently attended the Vogue x Saks Hamptons luncheon at Wolffer Estate Vineyard on July 12 where she spoke about her recent trip to India with beau Nick Jonas. Without mentioning about their relationship, Priyanka Chopra confessed to PEOPLE magazine that she is getting to know Nick. “We’re getting to know each other and I think it was a great experience for him,” Priyanka told the magazine. Talking about Nick's trip with her to India, she added, "That’s what he said. I think he really enjoyed it. It was really beautiful. He had a great time."

Speaking to Entertainment Tonight, Priyanka Chopra opened up about dating, what she likes about being in a relationship and her marriage plans. “I've been very lucky in that department. I've had very special things done for me... I like thoughtful things done for me. I'm not the chocolate and flowers kind of girl. I mean, I love gifts, of course. I love gifts, which girl doesn't? But I think it's the written word that always makes me happy -- something written down, a letter, a note," she told ET in an exclusive interview.

Priyanka Chopra called herself super mushy and romantic. She further said, "I'm super mushy, and I think, 'Why not?' You know, when you love someone or when you care about somebody, making them feel special and giving attention is the most important thing.”

“I love the idea of getting married. I totally want to get married at some point. I don’t think marriage makes you smaller or bigger or more feminist or not. Feminism basically is women saying, 'Give us our own choices without judging us.' That’s all it is. It’s not about berating someone. It’s not about proving a point. I totally would love to get married, " she told ET.

With sudden Hollywood celebrity engagements like Ariana Grande and Pete Davidson and Justin Bieber and Hailey Baldwin, one can stop wondering whether Priyanka Chopra and Nick Jonas ready to take the next step in their relationship.