Juhi Chawla and Sonam Kapoor are sharing screen space and we all are pretty excited about it. The film also stars Anil Kapoor in the role of Sonam's dad on screen too and the movie is called Ek Ladki Ko Dekha Toh Aisa Laga. The movie has a huge recall value because the teaser of the film itself gives us a flashback of Anil's blockbuster: Love Story 1942 and the video starts with the popular love ballad: 'Ek Ladki Ko Dekha Toh Aisa Laga' which is Sonam's movie title too! Juhi took to Instagram to post a selfie with Sonam in a total Punjabi avatar and the two are looking beyond ethereal! We dig their subtle makeup and that gorgeous maang tikka! Whoa, ain't no one rocks Punjabi Kudi look better than these two for sure. 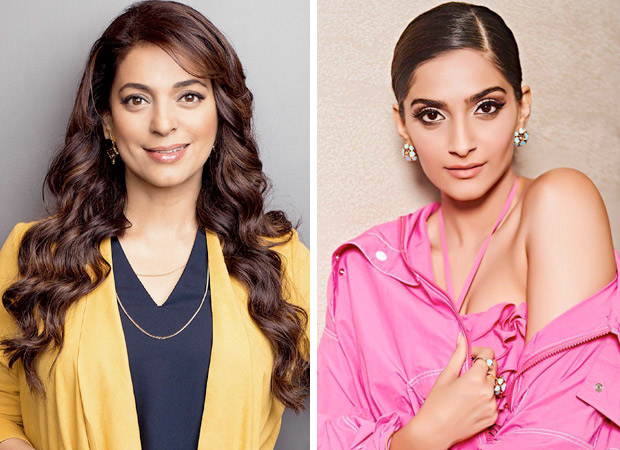 Sonam has just returned back to the Bay after a long vacation in London with beau Anand Ahuja and is rocking that amaze new bride’s glow like a boss! She is set to complete work on Ek Ladki Ko Dekha Toh Aisa Laga and will also start work on The Zoya Factor which is based on a hit novel that goes by the same name.

The movie looks good, judging by its teaser and has a great recall value too. Stay tuned for more updates about the film.

Also Read: When Juhi Chawla received a thanking note from Amitabh Bachchan and the netizens helped her decode it