After spending her Bachelorette week in Amsterdam with her bride squad, Priyanka Chopra returned to India to begin the second schedule of The Sky Is Pink. This will be the first Hindi film since 2016 Jai Gangaajal. The actress is currently shooting in Delhi along with Farhan Akhtar, Zaira Wasim and Rohit Saraf. As the cast has begun shooting, they are also struggling due to the intense pollution in Delhi. 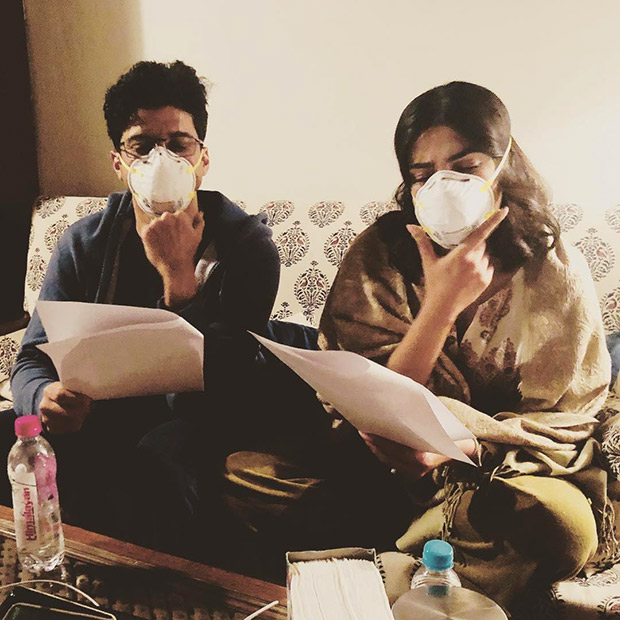 Farhan Akhtar shared a picture from the sets of the film with Priyanka Chopra as the two covered their faces with air pollution masks. “Masking our emotions in the Delhi air. @priyankachopra your pose is just #bts #prescenereading #theskyispink,” he captioned the photo. The two of them are seen reading their lines before shooting while struggling with the intense pollution the state has been dealing with for years.

Directed by Shonali Bose, The Sky Is Pink is a story about a young girl named Aisha Chaudhary who was diagnosed with pulmonary fibrosis at the age of 13. She became a motivational speaker after her diagnosis. She even came out with a book, My Little Epiphanies. With a positive attitude, she spoke at prestigious events like TEDx, INK conferences. However, Aisha Chaudhary breathed her last at the age of 18 on 24th January 2015. It is being co-produced by Priyanka's Purple Pebble Pictures, Ronnie Screwvala and Siddharth Roy Kapur.