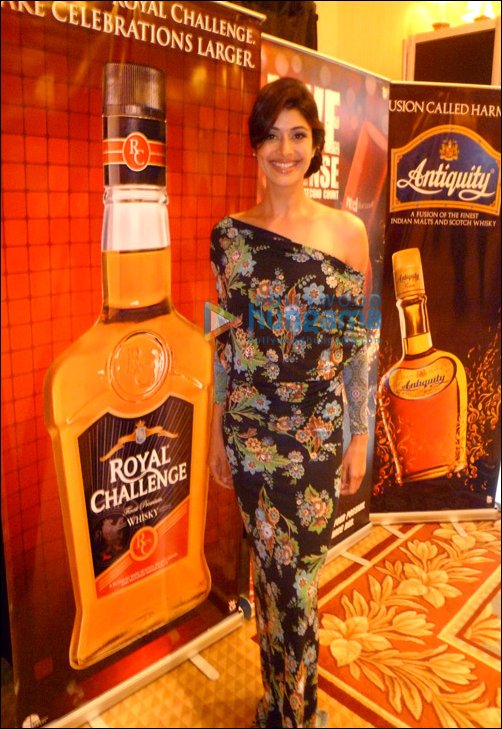 Pooja Batra has been signed on as the U.S. brand ambassador for Royal Challenge Whisky.

Spirits Wholesalers of America (WSWA) Conference, which took place in Las Vegas from April 2 to 5, 2012.

"We are known to be an innovator in the liquor industry," said Tony Bedi, President of The UB Group, Americas. "Our brands enjoy 59% of the market share

in India, and we're proud to be introducing Indian whisky and vodka to the selective liquor consumers in America."

Batra, a former Miss India, has acted in more than 20 Bollywood films, garnering major accolades for her cinematic performances and currently runs a multi-

"As an army brat, I grew up with Royal Challenge Whisky around our home because it still is my father's drink of choice," said Batra. "Given that this is a

premium product sold at a fraction of the price, the timing to launch this brand in the U.S. could not be more perfect. I'm certain that people of my generation will

enjoy this spirit as much as the generation before us."

Happy Diwali 2019: From Deepika Padukone and…