Tanuj Virwani was last seen in The Inside Edge and played the part of Vayu Raghavan, a star batsman, whose characterization was said to be loosely based on Indian cricket team captain Virat Kohli. The actor is now being seen in Poison and as a perennial bad boy with a secret waiting to be told, he is ecstatic to be seen in this revenge thriller. 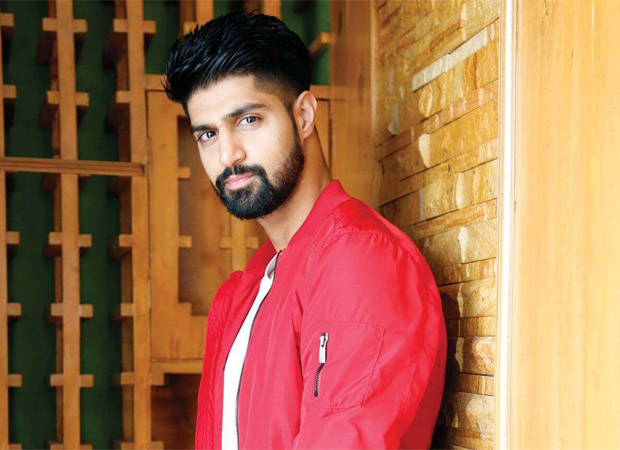 "Absolutely, that's the kind of pitch that had been given to me," says Tanuj as he gets also lit up while talking about Poison, "This is a revenge thriller with a lot of dramatic elements in there. It is a full on 'masala' affair with a healthy dose of dialogue baazi."

"Yes, there are indeed some cool twists and turns in the narrative. It is a very Abbas - Mustan kind of a thriller. Twist pe twist, twist pe twist. There is some good deal of action too. Poori masses ke liye bani hai Poison; it will connect with a lot of people."

That was the case with The Inside Edge as well where he was roped in by Farhan Akhtar and Ritesh Sidhwani. While he is gearing up for the second season of the successful series that would be out later this year, Tanuj is happy to be finding good recognition and platform in the world of web series.

"It is a very good and healthy time to be an actor due to the advent of web series. There are so many good opportunities that come your way. Earlier there was television or films and nothing in between, so you had to hunt for a right platform. Now with the digital streaming platforms, it is indeed a boom time for actors. Also, a longer platform like a web series also helped a lot in building a character graph. There is a natural progression that can take place, which is really superb," he adds.

No wonder, of what has been seen of Poison so far, there is a good deal of filmy touch in there.

"Yes, as I said, this is for the masses," says Tanuj, "You may think that only class audiences are checking out such series on their cell-phones or laptops or iPads but that's not really the case. The platform is for anyone and everyone to explore today. The design put together by the creative team of Poison warranted that the narrative was larger than life. When as makers you know that who are you making this for, then the direction is set to go there. At the end of the day, entertainment is the real content. Period."

Also Read: “I am happy to be acting opposite someone who is bankable” – Tanuj Virwani on Sunny Leone