Deepika Padukone is busy shooting for her next film, Chhapaak. The actress, who was in Delhi for almost a month, wrapped up the first schedule earlier this week. Interestingly, many leaked pictures and videos have been doing the rounds of social media in which the actress is seen sporting her look of acid attack survivour Laxmi Agarwal. 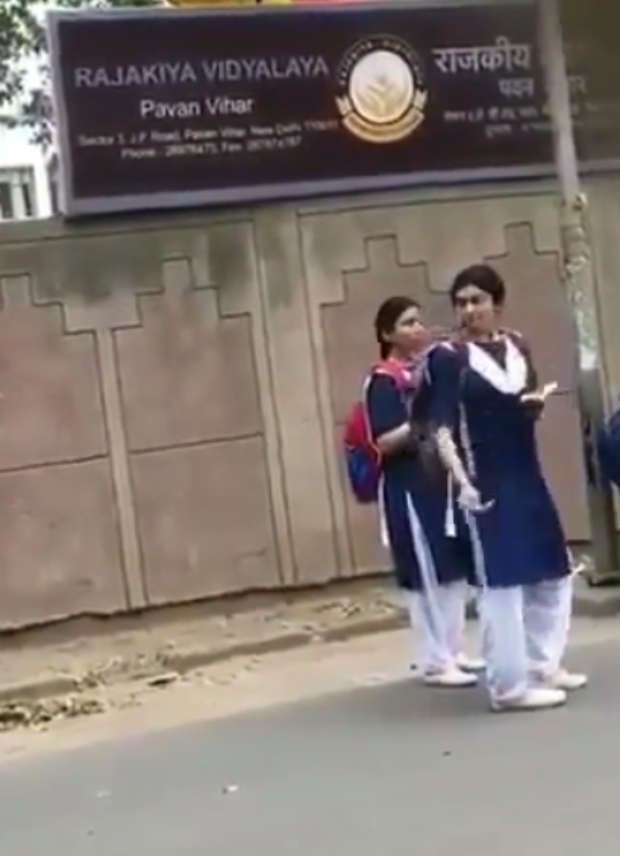 In one of the videos, Deepika Padukone is seen on the streets of Delhi shooting for Meghna Gulzar directorial. She is seen with some of her co-stars while dressed in school uniform. The actress is wearing blue kurta and salwar with her hair tied while shooting a sequence.

After bringing to screen the courage and valour of Rani Padmini in Padmaavat, Deepika Padukone personifies another tale of bravery and human spirit with Malti. Drawing instances from the life of Laxmi Agarwal, Chhapaak is a story of the strength and integrity of a woman. The film is slated to release on January 10, 2020.