Well, it's a shame that Madhuri Dixit and Govinda could not star in enough movies. The actors are icons today and were superstars of their time. They starred in Izzatdaar together and Madhuri even had a cameo in the song 'Makhna' from Bade Miyan Chote Miyan. While one couldn't get to see them on screen a lot, they are making sure to entertain the audience on the reality show, Dance Deewane. 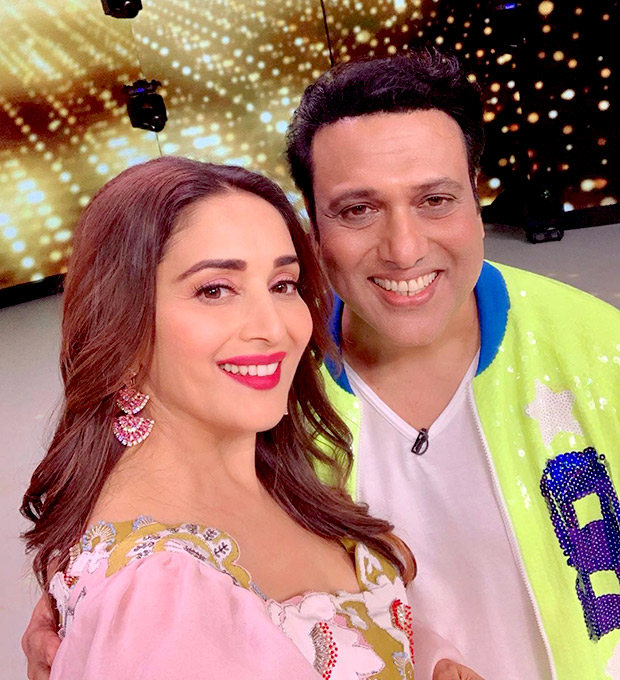 Madhuri Dixit is back on Television with the new season of Dance Deewane. The show has TV hunk, Arjun Bijlani as the host and Shashank Khaitan and Tushar Kalia as the judges besides Madhuri.  Govinda will be appearing on the upcoming episode and the glimpses prove it will be an entertaining episode.

Madhuri, on Sunday, shared a boomerang video on her Instagram story in which they recreated the hook step of 'Kisi Disco Mein Jaaye' from Bade Miyan Chote Miyan. It is also reported that they also danced to their hit number ‘Ek Rasgulla Kahin Phat Gaya Re’ from their 1990 film, Izzatdaar.

Sharing a selfie with Govinda, Madhuri simply wrote, "Govindaaaaaa." The upcoming episode will be filled with nostalgic moments as Govinda will also groove to some of his hit numbers.

On the work front, Madhuri Dixit was last seen in Total Dhamaal and Kalank this year.

ALSO READ: Madhuri Dixit and Govinda pair up once again to re-create a popular 90s number on TV (all deets out)