After his much talked about breakup with long-time girlfriend Ankita Lokhande, Sushant Singh Rajput has been linked up with his co-stars often. While it was touted that the actor was dating his Raabta co-star Kriti Sanon, later, there were also speculations about his growing camaraderie with Kedarnath co-actor Sara Ali Khan. And now, of late, it is being said that the actor is seeing Half Girlfriend actress Rhea Chakraborty and adding fuel to the fire are the recent posts shared by both the actors of their Ladakh trip on Instagram. 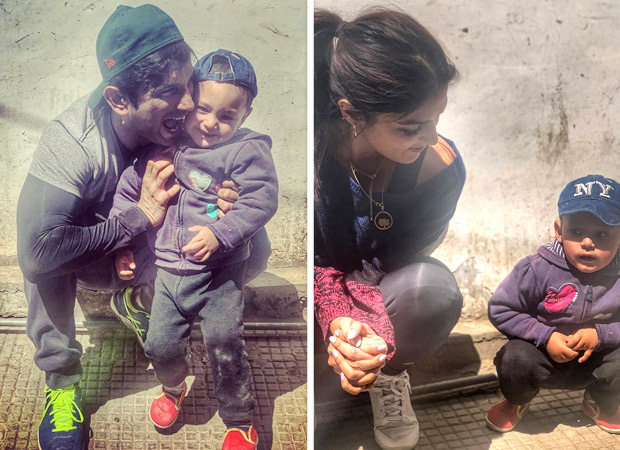 With many actors taking off on trips, Sushant Singh Rajput too decided to take an adventurous trip to Ladakh and has been sharing posts on Instagram. While the photos truly gave us a glimpse of the picturesque locales, what caught our attention was this photo with a certain little boy! On the same day, Rhea, who too is in Ladakh, shared a post with the same boy on her Instagram page. Considering the heights of coincidence in the posts shared by both actors, the speculations only further increased. Here have a look:

An ounce of innocence, a pinch of laughter. #ladakh

Besides these, the actors haven’t shared any posts together. Sources have been quoted in reports confirming that the two actors are indeed seeing each other but are not ready to make it official. Some may say that this may be their way of making it official!