Bollywood actress Kareena Kapoor Khan is currently holidaying in London with husband Saif Ali Khan and son Taimur Ali Khan. The actress is also there to begin shoot of her next film but before that she is enjoying her vacation. Earlier this week, her sister Karisma Kapoor joined them in London on their family vacation. 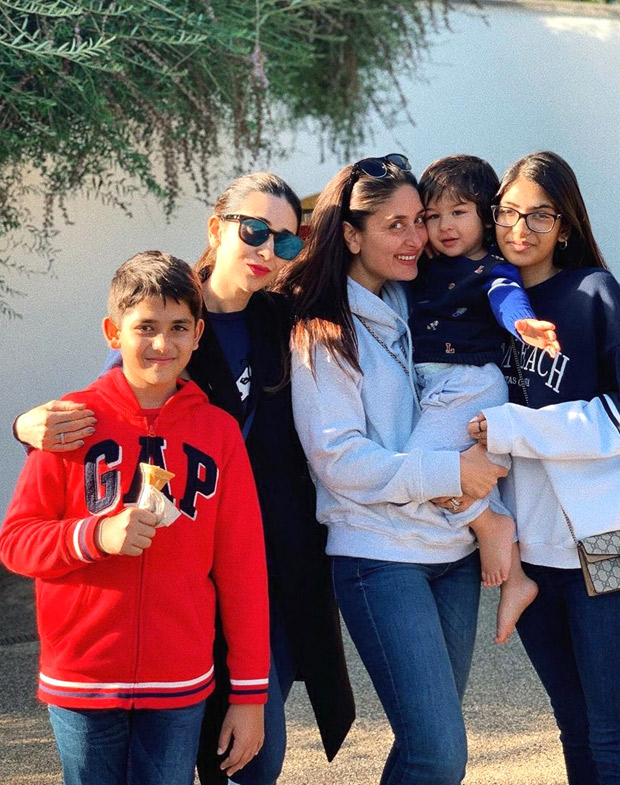 On Friday, Karisma Kapoor shared a picture in which she is posing with her sister Kareena Kapoor Khan, nephew Taimur Ali Khan and her own kids Samaira Kapur and Kiaan Raj Kapur. Sharing the picture, she captioned it, “#Love”.

In another picture that she shared on her Instagram story, little one Taimur was walking hand-in-hand with his brother Kiaan. She captioned the photo, "Brothers...My loves." 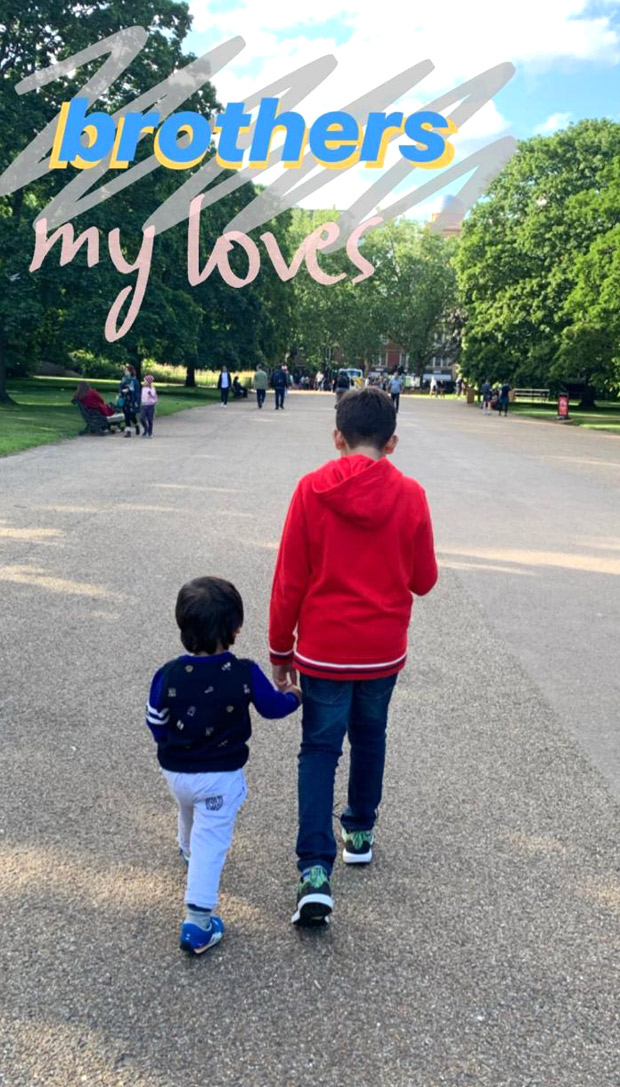 Kareena Kapoor Khan, on the work front, is in London to shoot for Angrezi Medium alongside Irrfan Khan. The actress will be next starring in Good News and Takht. Karisma Kapoor, on the other hand, is returning to acting with ALTBalaji's Mentalhood.

ALSO READ: HOTNESS! Kareena Kapoor Khan is epitome of royalty as the cover star of Vogue