Sushant Singh Rajput was a man of many dreams and wishes yet to be fulfilled. The people close to him can advocate on the fact that he was one of the most intelligent and sharpest brains around, not to mention, super confident. His previous works have been very well accounted for and was to be seen with Sanjana Sanghi in Mukesh Chhabra directorial, Dil Bechara. Before making his mark in Bollywood, Sushant starred in television shows like Kis Desh Mein Hai Mera Dil and Pavitra Rishta. A co-actor from Pavitra Rishta, Mrinalini Tyagi, opened up on his dream of becoming like Shah Rukh Khan. 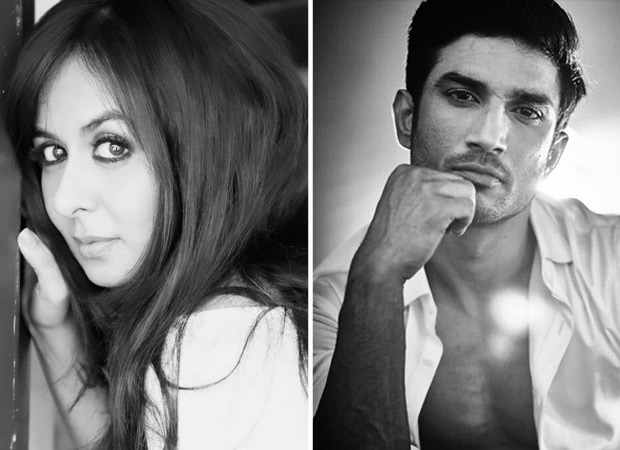 Mrinalini was last seen in Kahaan Hum Kahaan Tum and in her recent conversation with a leading daily, she opened up about the late actor. She says that Sushant impersonated Shah Rukh Khan in every way possible, he would call himself SSR and do his signature pose. Sushant was a huge fan of Shah Rukh Khan and said that he would be the next Badshah of Bollywood, he ardently followed his footsteps and wanted to build his own Mannat like the superstar. Mrinalini further said that had Bollywood pushed him a little, he would have become the next big superstar. She said that nepotism exists and Sushant had once said that if it coexists in peace with talent, it would flourish otherwise the whole structure of Bollywood would collapse.

Mrinalini Tyagi even said that he was a boy with big dreams and it was shocking that he decided to end his life like this.