Ant-Man and the Wasp: Quantumania director Peyton Reed has taken to his Twitter handle to post a new look to celebrate the wrap up of the time-bending Marvel Cinematic Universe adventure feature, set to release in 2023. 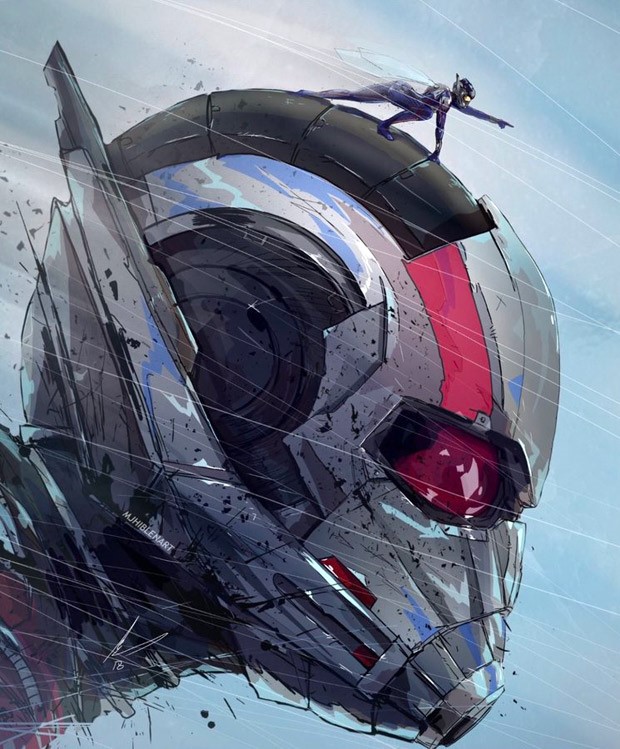 The post shows a tiny Wasp (Evangeline Lilly) on the head of a giant Ant-Man (Paul Rudd), teasing the size-shifting challenges that await the heroes on the upcoming sequel.While the art by Mark James Hiblin is exciting on its own, the announcement that principal photography is now complete means Quantumania is ready to enter post-production. While there’s still a long way until the movie finally hits theaters, that’s an important step in Quantumania’s development.

Principal photography on ANT-MAN AND THE WASP: QUANTUMANIA is now complete! Can’t wait to show you all what we’ve been up to…

While the details about the plot are kept under wraps, Ant-Man and the Wasp: Quantumania will reportedly deal with time travel. After being introduced in Ant-Man and the Wasp, the Quantum Dimension played a huge part in Avengers: Endgame, allowing the super team to perform time heists, collect Infinity Stones, and revert Thanos Snap. Another hint to the movie’s plot is the presence of Kang the Conqueror (Jonathan Majors), a time-traveler villain introduced in Loki’s season finale. With so many MCU productions dealing with the Multiverse, Kang could replace Thanos as the central menace for the Avengers in Phase Four. So, should this prove true in the next couple of years, Quantumania might be a major film for Phase Four instead of another side adventure.

Ant-Man and the Wasp: Quantumania cast will bring back Michael Douglas as Hank Pym and Michelle Pfeiffer as Janet van Dyne. In addition, Kathryn Newton has replaced Avengers: Endgame’s Emma Fuhrmann as Cassie. As Newton is a more recognizable star, her casting might indicate that Scott’s daughter might finally become the superheroine Stature. Recently, Bill Murray also suggested he has a cameo in Quantumania.

Peyton Reed is directing Quantumania from a script by Jeff Loveness. After being pushed by five months, Ant-Man and the Wasp: Quantumania will be coming to theaters on July 28, 2023.