Devoleena Bhattacharjee, who has entered Bigg Boss 14 as Eijaz Khan’s proxy, has been labelled as one of the least contributing contestants on the show. However, as the show heads to its finale in another week or so, a few of the ex-contestants have come back in the show as supporters for a week. Jaan Kumar Sanu, Paras Chhabra, Vindu Dara Singh, and Jasmin Bhasin, are few of them who have come in to support their respective contestants. 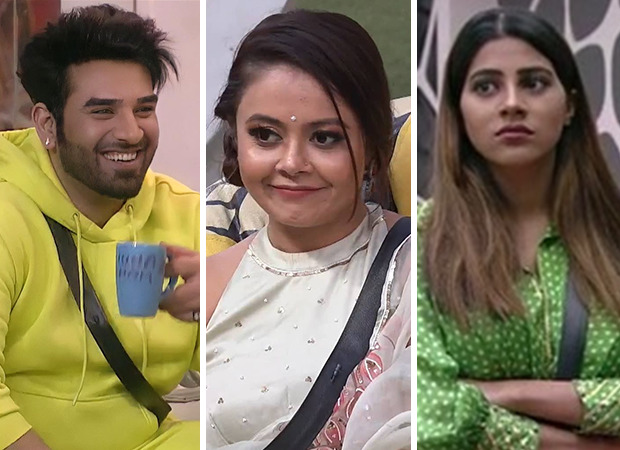 Paras Chhabra was introduced as Devoleena Bhattacharjee’s support and the latter was overjoyed to see her Bigg Boss 13’s fellow contestant after so long. While speaking to her about improving her game, Paras Chhabra said that she can target Nikki Tamboli. Later on, Nikki Tamboli ruins the task of Rahul Vaidya leaving his miffed and an ecstatic Paras tells Devoleena that this is what he was talking about.

On the other hand, Abhinav Shukla’s elimination left the contestants shocked.