I won’t call myself your fan but I am a really big admirer of you. I was really impressed by your performance in your debut film Student Of The Year. You were the only one in that flick who had a real ‘hero’ wala shirtless entry. A few skeptics did raise the question as to how this middle-class ‘school’ student manage to get abs and look so hot and upscale! But most of them had no complaints about this ‘kukkad kamaal da’ and enjoyed the act. Your performance was found to be endearing and I don’t recollect anyone having any grouse about your acting talent then, despite you being the ‘modeling kinds’. Then from your interviews and public appearances, it came to light that you were a genuinely good person. We never heard stories or blind items of you behaving unprofessionally or giving your co-stars or directors a hard time. You had a great sense of humour as well (who can forget your ‘Sunny Side Up’ one-liner in ‘Koffee With Karan’)? You made it out of your own and in that regard; you are one in a million. Yet, you are still quite grounded. You were perfect in every sense. 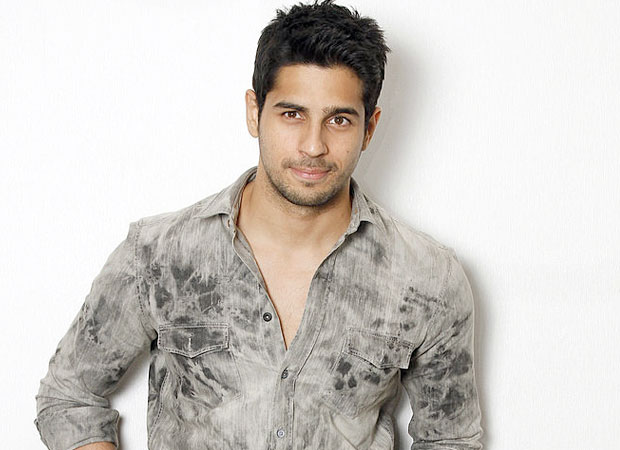 Except when it came to your film choices, off late. After Student Of The Year, you amazed audiences with Hasee Toh Phasee. Then came your biggest hit, Ek Villain. Audiences were once again impressed with your performance and your bad-boy-with-a-golden-heart character while trade and industry were left amazed. After all, Ek Villain had taken one of the biggest openings (Rs. 16.72 crore), which your contemporaries at that point could only dream of (it took Arjun Kapoor and Ranveer Singh to come together to have a similar opening for Gunday). We all expected your career to get better from here. But sadly, it went downhill from here. The big-budget Brothers again had you doing a fine job but sadly, it didn’t set cash registers ringing. Kapoor & Sons is arguably your best film till date but it’s Fawad Khan, Ratna Pathak Shah and others who sadly got more praise than you. A lot was expected from Baar Baar Dekho but audiences were left unimpressed. I personally enjoyed A Gentleman but it was too classy, western for our desi audiences. And yes, a bit flawed too. And quite costly! In Ittefaq, you surprised in the airport sequence but the film on the whole is hardly memorable. And now, Aiyaary has turned out to be a yet another flop in your career. As you can see and you must have realized, the flops outnumber your hits. Your contemporaries on the other hand are doing much better and just by their mere presence, they are able to get Rs. 8-10 crores on the opening day. Your films have failed to reach Rs. 5 crore mark in the third time in a row.

In all the films of yours that didn’t work, your performances were very good. But that alone isn’t enough. In an interview 3 years ago to Bollywood Hungama, when megastar Amitabh Bachchan was asked ‘box office or critical acclaim’ during the rapid fire round, he chose the former. He justified by saying ‘Box office success will help me get my next film.’ As a result, the commercial success of your films is absolutely important. And it’s saddening to see that your films are not able to be clean hits. And even if they do, as it happened in case of Kapoor & Sons, it’s the other actors who are stealing the limelight.

Hence, I on behalf of crores of your fans and admirers request you – please think a hundred times before signing your next projects. Make sure you have a very, very meaty and a memorable role. It’s really praiseworthy that you tend to choose unconventional projects. But such projects automatically become niche films. Even if Aiyaary had succeeded, most viewers would have kept away as it’s not their idea of a typical Hindi film. Hence, if possible, please opt for a film that has a pan-India appeal. I am not saying to sign a mindless masala film, but a film that has entertaining, massy elements and yet, has substance, something that audiences can take back home. And lastly, films like Baar Baar Dekho and A Gentleman were big disasters on account of the cost. So if possible, please make sure that the costs are in control. After all, it’s rightly said that sometimes, film don’t fail but budgets do.

This letter has been written out of concern and the admiration that I have for you. I fear you might fade into oblivion and I really don’t want that to happen. I want you to be there right in the top league, doing some amazing, entertaining films and earnings loads of accolades and money, because I know you can do it! And lastly, do not worry. Almost all actors have faced lows and it’s how you bounce back is all what matters. This letter is to motivate you and to let you know how much we care for you and how much we fear losing you from Bollywood. So, all the best and go rock the show!