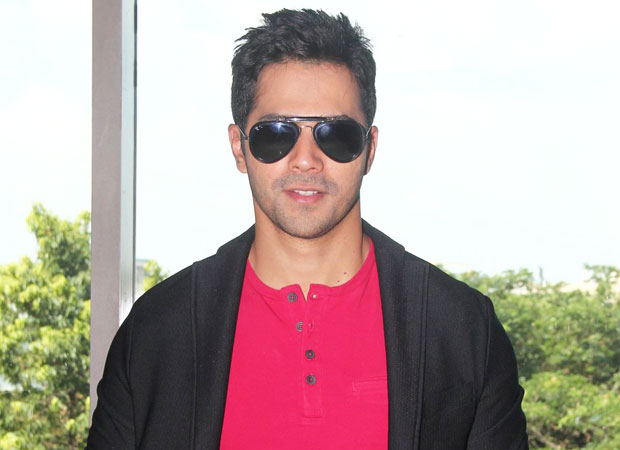 Varun Dhawan is perceived as a major commercial star in today’s times. But he also ensured that he has worked in unconventional entertainers once in a while. Two years ago, he surprised audiences by working in a gory revenge drama, Badlapur. However, not only was Varun’s performance hailed, the film also managed to achieve commercial success.

And now, Varun Dhawan is expected to go into a similar zone with October, directed by Shoojit Sircar. There were reports claiming that October is a dark film. The recent statement by Varun Dhawan has made everyone wonder whether that’s true. The actor claimed that once he starts working on October, he has been asked to go off social media! He added that Shoojit Sircar doesn’t want him to think about a lot of extraneous things and wants him to solely concentrate on his character. Hence the no-social-media diktat!

In the same discussion, Varun Dhawan also revealed that just like other strugglers, even he had a tough time during auditions. He surprised everyone by revealing that he had auditioned for Ang Lee’s Hollywood flick Life Of Pi and Aamir Khan’s indie film Dhobi Ghat. But he was rejected for both the films. Varun also worked as an assistant director and he admitted that he also took a lot of auditions. He used to feel bad on seeing how aspiring actors used to be treated. He wondered why the aspiring actors are not asked for tea or water when they come to give their audition. Karan Malhotra, who was a senior assistant and who later made Agneepath and Brothers, used to think Varun has gone mad. He sternly told Varun Dhawan not to be an Oprah Winfrey and to do the task assigned to him!