Internet is a funny place and if you are a celebrity in India, it means walking on a tight rope. At all times. Growing relevance of social media today has made it imperative for celebrities to keep their guard on, at all times. A private moment shared with a loved could be easily misconstrued and you will be a target for the trolls in no time! Well, the latest victim of this is Ajay Devgn. The Raid star is on vacation with his family, ringing in his birthday. He took to social media to share a beautiful moment with his son Yug. Harmless? No. His fans spotted a cigarette in his hand and trolled him for smoking in front of his kid. Well, their concern is real and not unwarranted. Kids exposed to smoke is a potential health hazard, it true but it is amusing how such things quickly take a moral turn! 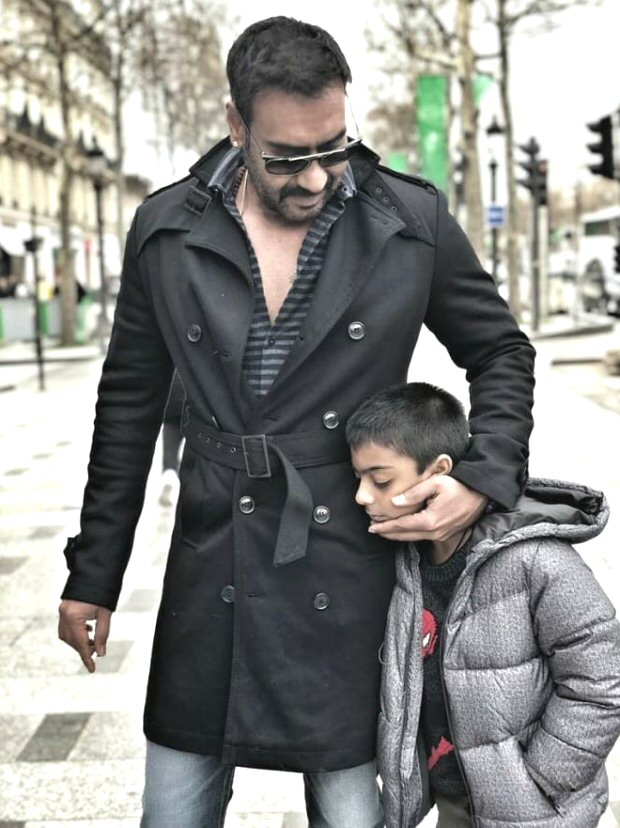 He was trolled for being an ‘irresponsible’ and was given lessons in parenting. One user said, “But sir it's bad habit to smoke in front of kids”. Another said, “Sir I can see a cigarette in your hand. Sir you’re role model for so many young ppl please avoid cigarettes in front of kids.” 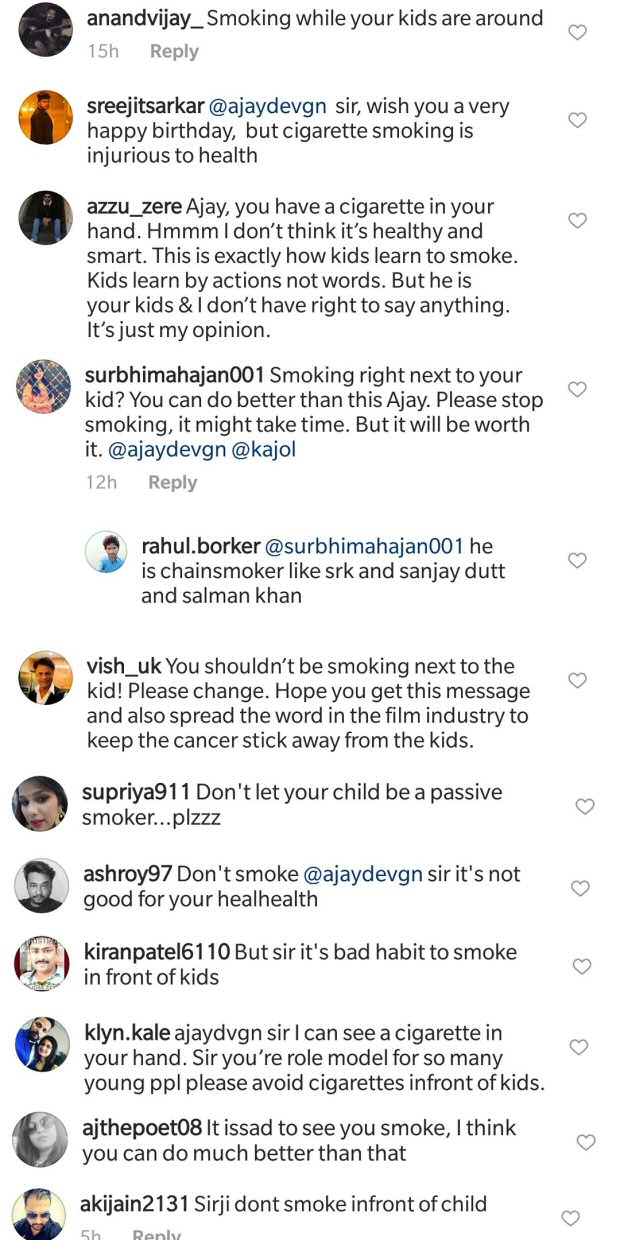 On professional front, Ajay’s Raid did a good business at the box office despite being a content heavy movie. His Marathi production Apla Manus too garnered rave reviews and will be produced in Hindi soon. Kareena Kapoor Khan is believed to be interested in this project. Ajay’s next venture is Eela which he is producing and wife Kajol is in lead role. There also is Singham and Dhamaal sequel on cards.