Last Updated 25.05.2020 | 7:15 AM IST
feedback language
follow us on
Home » News » Bollywood Features News » Bollywood News Not a girl-next-door, Banita Sandhu and her millennial fashion quotient for October promotions is all kinds of CHIC!

Every now and then, the tinsel town stumbles upon a refreshing new face and this Friday will witness newbie Banita Sandhu share screen space with Varun Dhawan in October. This Shoojit Sircar-directed romantic drama has Banita essaying the role of Shiuli, Dan aka Varun’s classmate and co-worker who meets with an accident. The tagline that declares ‘this is not a love story’ but is a ‘story about love’ traces Varun’s relentless pursuit of understanding why Shiuli, who’s now in the ICU, was enquiring about him. The UK-born -year old millennial hails from an NRI Punjabi family in South Wales and has TV commercials and short films to her credit. An English Literature student, Banita’s debut marks her second collaboration with Shoojit Sircar following an advertisement shoot for Wrigleys. Getting aboard the promotional bandwagon, Banita has charmed our way into our hearts with astute style play. Styled by Rahul Vijay who also happens to be the Fashion Editor for Elle India, Banita gave us a stunning glimpse into the millennial style basket! With a petite frame, smart haircut and whiff of confidence, Banita has arrived and how!

The trailer showed Banita display an array of raw emotions as the wheelchair-bound and ill Shiuli, successfully intriguing us. Off-screen, Banita Sandhu and her out-of-the-box style offerings deserve a dekko as she went on to embody the three crucial virtues of millennial style – easy, chic and cool. 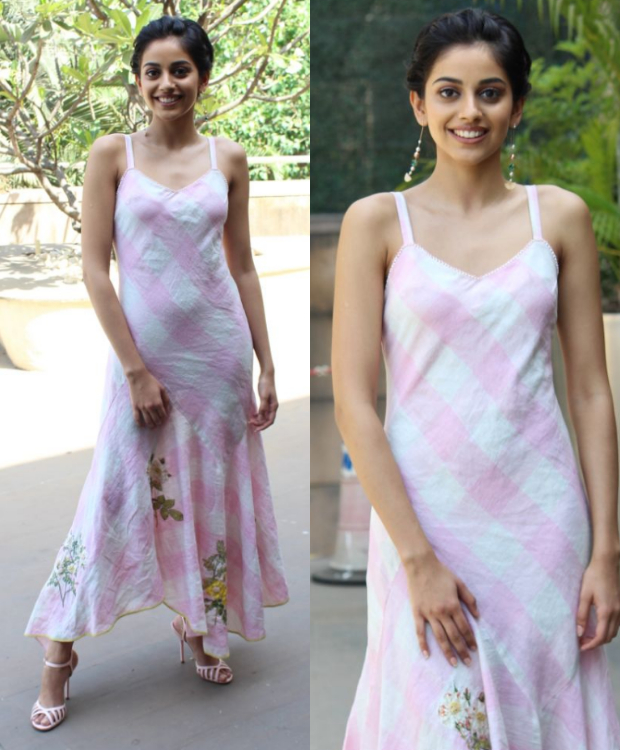 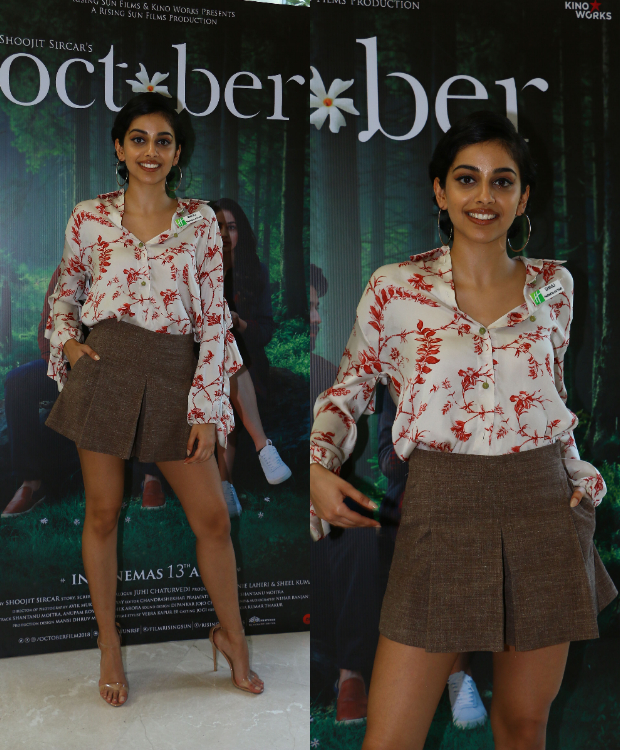 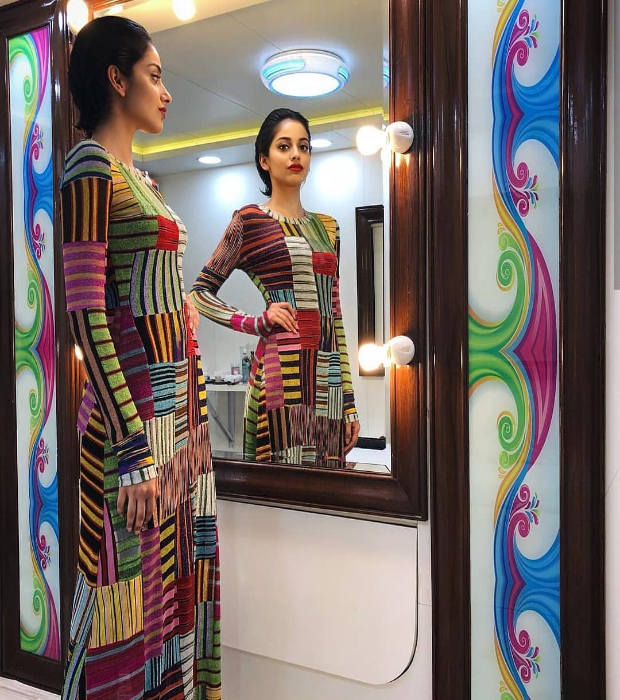 This multi-coloured side slit dress from Missoni was edgy AF and Banita owned it to the hilt, upping the look with slick wet pulled back hair, bright lips and lined eyes. (Also Read: Character, Intelligence, Style – Ayushmann Khurrana is the perfect gentleman for Man’s World!) 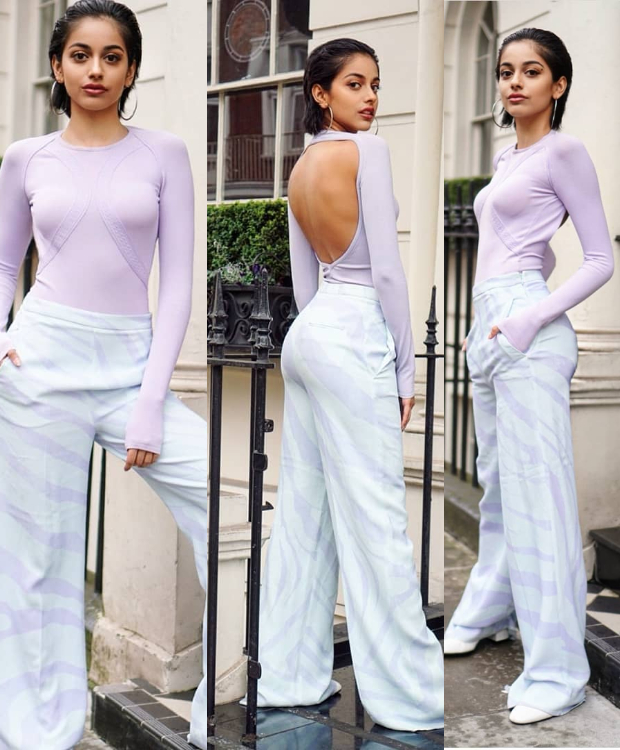 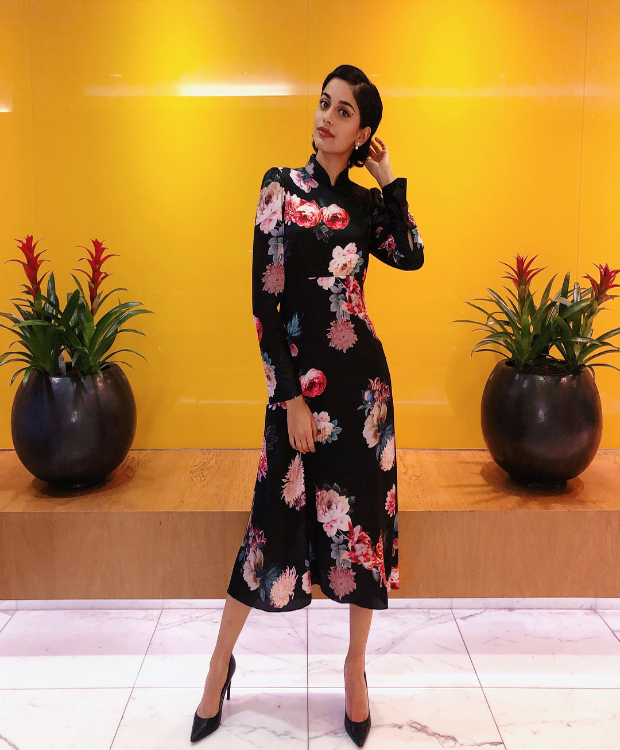 Banita wore a high-neck black floral dress, black pumps and topped off the look with winged eyes, bright lips and side-parted sleek hair. (Also Read: Here’s how the promotional campaign of October was shot in a unique way)

The melancholic mood, the gloomy atmospherics of October promise a compelling watch as it celebrates love, nature and the autumn season and is helmed by the Rising Sun Films Production, scheduled for a release on April 13.