One of the most popular actresses, Nora Fatehi, has a sizable fan base all over the world. The actress's impressive performances never fail to leave the audience feeling incredibly pleased. Her fans were ecstatic when it was recently confirmed that she would be performing at the FIFA World Cup 2022. A day before, Nora's electric performance ignited the crowd. Throughout her performance, the audience could be seen yelling in support. Nora increased the performance's level of hotness by donning a sparkly costume. The actress has always set the bar high when it comes to dancing, and today's performance was no exception. On her popular dance songs, she was spotted showing off her sizzling skills. She also sang along to 'Light The Sky', the official FIFA World Cup anthem. 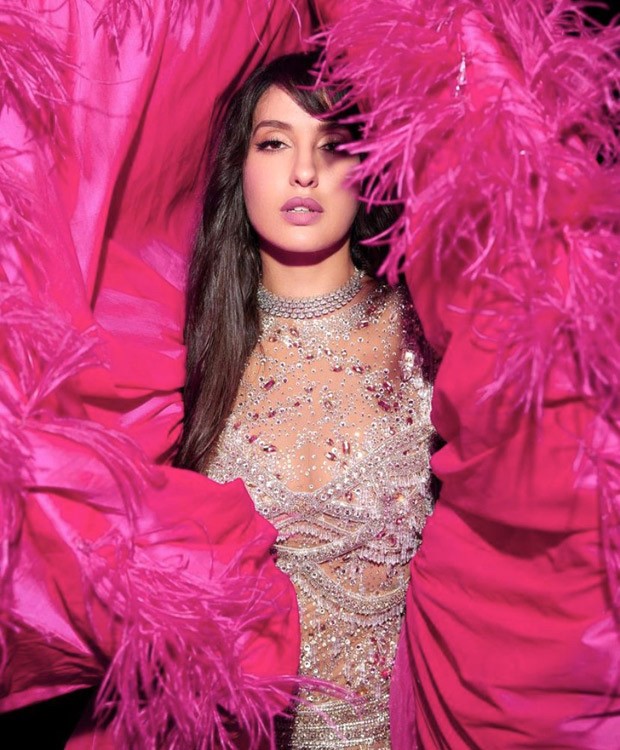 Nora served as the muse for the fashion brand Falguni Shane Peacock India as she chose a gorgeous attire for her performance at the FIFA World Cup fan festival, which was hosted at Al Bidda Park in Doha. Nora was dressed in a silver sequin, see-through outfit. The outfit was adorned with a detailed silver belt with sequin accents, a silver corset bodice, many silver resham threads enhancing the sequin details, and silver decorations throughout. With a dramatic hot pink shrug that encircled her and had pink ruffle embellishments at the edges, Nora gave her ensemble extra glitz. 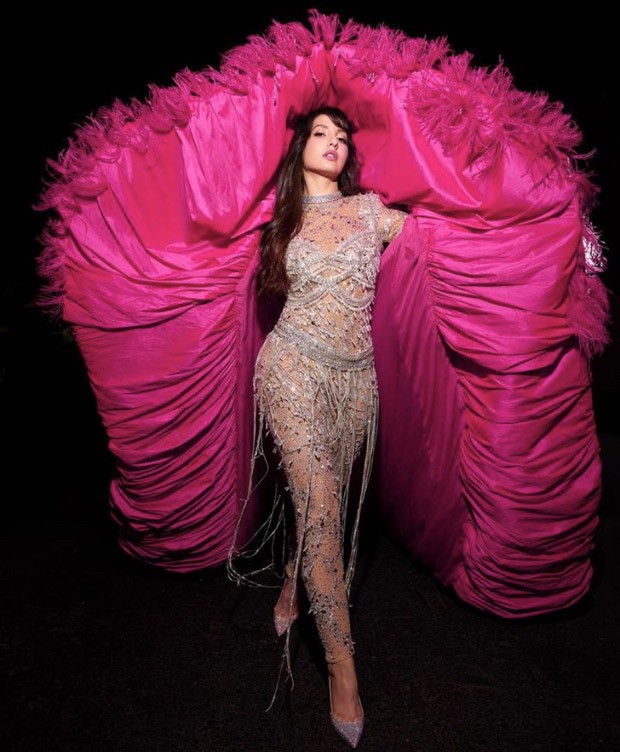 The star completed her outfit for the day with a pair of traditional silver stilettos. Nora's hair was parted on the side. Nora was decked in hot pink lipstick, black eyeliner, black kohl, mascara-coated eyelashes, drawn eyebrows, and nude eyeshadow. She captioned her post as, “The category is Glam ????@dirkalexanderphotography Last nights stage outfit for my performance at @fifaworldcup Fan Fest! @falgunishanepeacockindia @aasthasharma @marianna_mukuchyan” 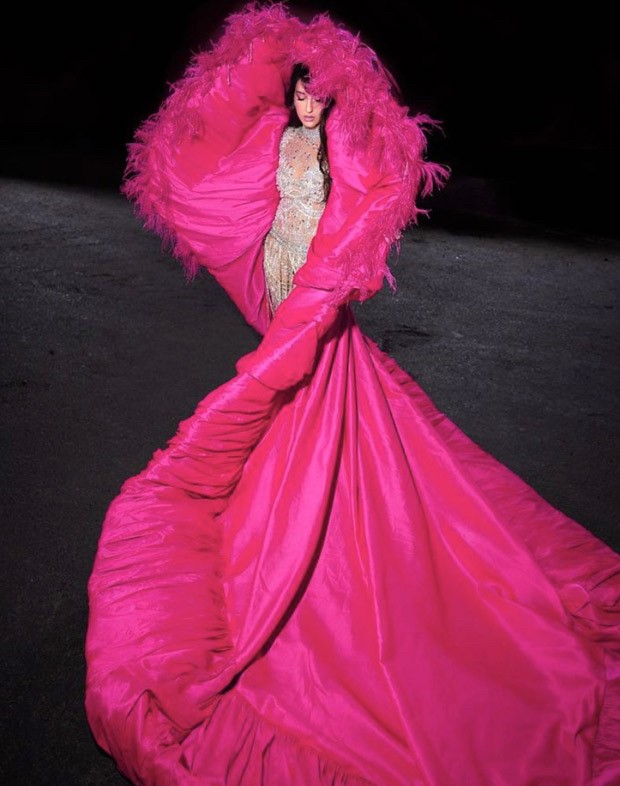